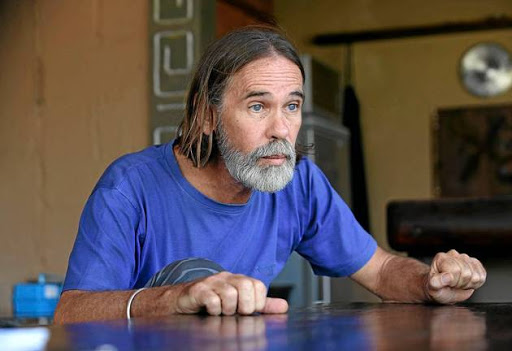 “Racist” guesthouse owner Andre Slade’s attempt to sue the Roman Catholic Church – accusing them of blasphemy‚ perjury‚ plagiarism‚ murder and crimes against humanity - was swiftly jettisoned from the court roll on Tuesday morning.

Judge Mokgere Masipa dismissed Slade’s legal challenge on the basis that the Durban High Court does not have jurisdiction over the Vatican‚ and that the form of Slade’s affidavit was incorrect.

He will also have to pay the costs of Cardinal Wilfred Napier‚ whose legal representation asked that the case be dismissed. Slade‚ 54‚ made headlines last year when he sent an email saying blacks and government employers were not allowed to stay at the Sodwana Bay Guest House.

As a result‚ he faces an equality court challenge over hate speech due to be heard next week. Last month‚ Slade shot and killed an unarmed burglar at his home while the man was running away.

In his affidavit in the church matter‚ Slade refers to himself as a renowned author and “the son of God” - and his wife‚ Katarina Krizaniova‚ as “The Holy Spirit”.

“The applicants have proven the respondent [the church] has been on a deliberate crusade of deception toward humanity‚" he claims.

Slade claims that the appointment of the Pope is blasphemy‚ and that by supporting the Spanish inquisition the church was party to crimes against humanity. In his papers‚ Slade demands that the church come clean about their “new world agenda”‚ denounce all monarchies as well as release all “scriptures‚ written history and archaeological evidence” in their control. Further‚ he demands that the church withdraw “18‚000 amendments to the bible in admittance to their plagiarism".