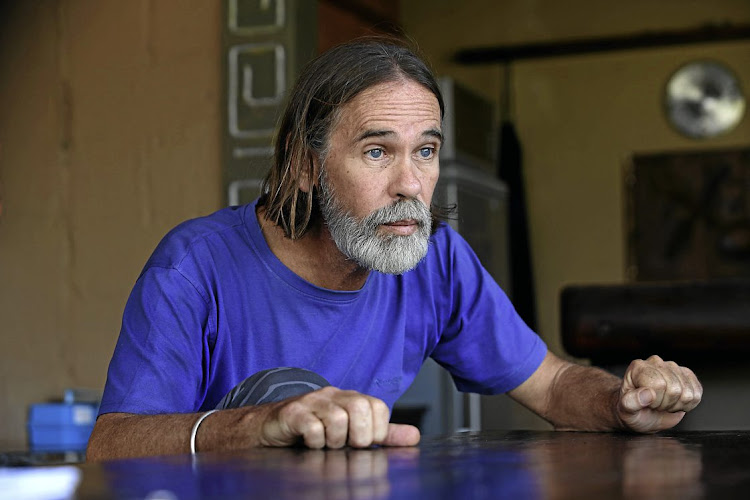 EYES OF A KILLER: Andre Slade says he looked into his victim's eyes after he had mortally wounded the man he claims was a burglar Pictures: THULI DLAMINI

Cardinal Wilfred Napier has described the court challenge by "racist" guesthouse owner Andre Slade as revealing a man who does not have all his faculties about him.

Slade's court application, an attempt to excommunicate the Catholic Church from South Africa based on allegations of murder, blasphemy and crimes against humanity, was struck from the Durban High Court roll on Tuesday.

Slade, 54, made headlines last year when he sent an email saying blacks and government officials were not allowed to stay at his Sodwana Bay Guest House.

Guesthouse owner Andre Slade locked eyes with an unarmed burglar he had shot in the head moments earlier. As the man gasped for air, Slade was ...
News
5 years ago

As a result, he faces charges of hate speech before the Equality Court next week.

He has also admitted shooting an unarmed burglar at his Sodwana Bay home in March.

Speaking to The Times, Napier said Slade's court papers made little sense to him.

"They didn't make sense to me, so I handed them over to our lawyer. When I got the first copy, I called him to see if I could find out what was troubling him and he went on a tirade about what the church stood for," Napier said.

"We are dealing with someone who is not of his senses. I thought about referring it to the Vatican, I decided against it."

He said he was content that the matter had been removed from the court roll.