Millions of rand needed to repair schools in the Western Cape 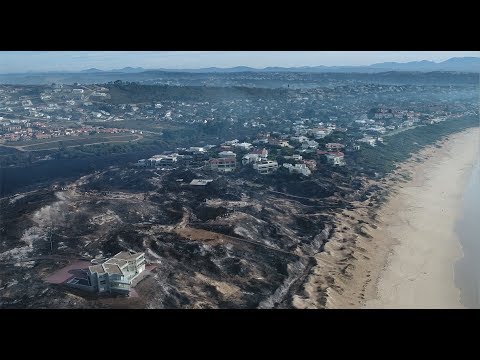 The aftermath of the Knysna fires. File photo.

It will cost R124-million to repair 170 schools which were damaged during a massive storm and subsequent fires that hit the Western Cape this month.

“The extent of damage at each school varies but includes roof damage at 102 schools‚ damage to fences at 27 schools‚ structural damage at 14 schools and damage to mobile classrooms at 4 schools. Schools have also reported other damages which include fire damage‚ fallen trees and damage to electrical components‚” she said.

Rebuilding Cape must be done by locals: MEC

Western Cape economic opportunities MEC Alan Winde wants the residents of the southern Cape to cash in on the upcoming construction boom following ...
Politics
5 years ago

Schafer said officials in her department were addressing the problems urgently.

"A total of 55 schools that were visited for inspection were immediately repaired which means that learning and teaching could resume almost immediately‚” said Schafer. She said the province’s department of public works was going to start repairs at 27 more schools. “A number of corporate donors have indicated that they are willing to offer assistance and for this we are extremely grateful. We are in the process of determining where best their support can be utilised‚” she added.