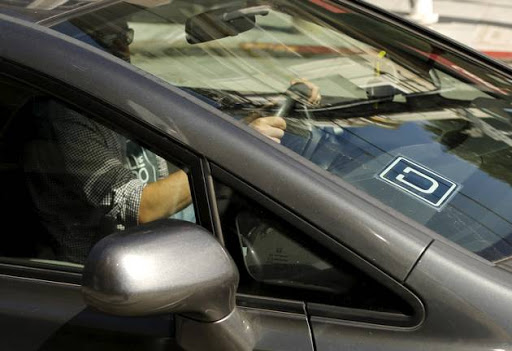 The logo for Uber is shown on a vehicle.
Image: Robert Galbraith / Reuters

Going from being a petrol attendant to an Uber driver seemed like a step towards a better life for Erick Ndebele and his family until recent brutal attacks on drivers shattered that outlook.

But a recent attack has left Ndebele’s family fearing for his life.

“When I was attacked in March‚ my wife asked me nicely to look for another job. She simply can’t take the fear that this job brings to her and my children‚” Ndebele said sombrely.

“Our major problem is safety. Challenges exist in every job‚ but this rivals them all‚” he said.

After being retrenched and doing a series of part-time jobs‚ Uber driver Patrick Funeka had hoped things would work out for the better.

Funeka said he was a truck driver and at some point a cleaner in a factory in Durban‚ until he came to Johannesburg and found out about Uber from his uncle.

“I then applied‚ went through tests and failed numerously until I was approved‚” he said.

Police have launched a manhunt for three armed men who shot and robbed two Uber taxi passengers from the Democratic Republic of the Congo outside a ...
News
5 years ago

Taxi owners, who claim they are being ripped off by vehicle finance and insurance companies, are looking for a parallel model to help the industry ...
News
5 years ago

Public Protector Busisiwe Mkhwebane has teamed up with the Special Investigating Unit on an investigation into the illegal conversion of panel vans ...
News
5 years ago

But his new-found job came with its own problems.

His car window was smashed several times and there were frequent reports of Uber drivers coming under attack.

The drivers have identified pubs‚ clubs‚ universities‚ malls and Gautrain stations as major hot spots‚ along with malls such as Eastgate mall‚ Westgate mall and Southgate mall.

Police spokesperson Kay Makhubela told TimesLIVE police were not aware of Uber attack hot spots and urged the public to report any such places.

“If both the driver or the commuter feels unsafe at any location‚ they should immediately alert the police. There is enough police presence in the city.”