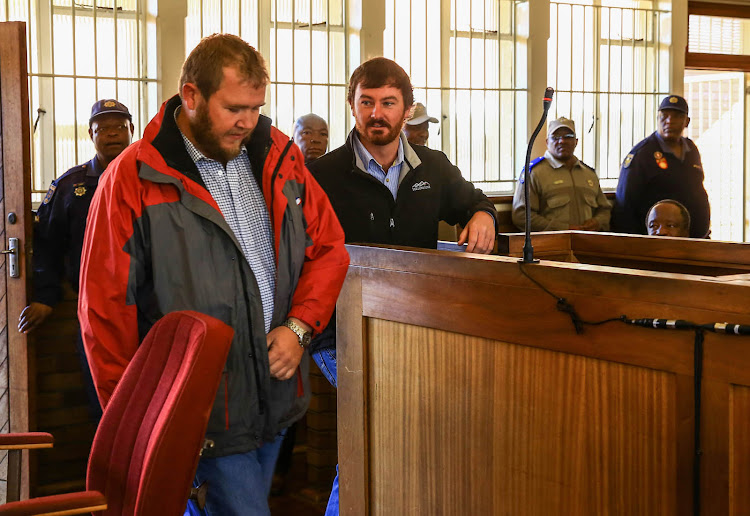 The case of the two Coligny murder accused‚ Pieter Doorewaard (26) and Phillip Schutte (34)‚ has been postponed.

The 16-year-old's death led to violent protests in Coligny‚ which saw buildings being burnt down after the accused were released on bail.

On Monday a small group of peaceful protesters in front of the magistrate's court was the only sign of protest in the North West town.

The accused said in an earlier court appearance that they had apprehended Moshoeu after seeing him steal sunflowers in a plantation.

They claim that they put him on the back of a bakkie to take him to the nearest police station‚ but that he jumped off the moving bakkie.

The state‚ however‚ alleges that they pushed him off the bakkie.

Magistrate Wicus van Loggerenberg postponed the case to August 7‚ after the postponement was requested by state prosecutor Stephan Fritz.

Liaan Kriel‚ for the accused‚ opposed the application on the basis that it is another lengthy postponement. Van Loggerenberg however said it is not lengthy at all.

The director of public prosecutions is yet to make a decision on where the case should be heard.

The DPP also sent the docket back to the police for further investigation.