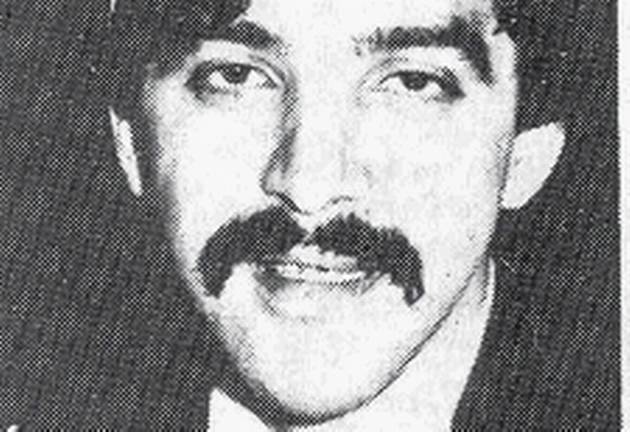 The man who was arrested with activist Ahmed Timol in 1971 testified on Monday how he was tortured while in police custody.

Salim Essop was testifying at the inquest into the death of Timol which was reopened at the request of his family.

An inquest in 1972 found that Timol had committed suicide.

Testifying at the High Court in Johannesburg on Monday‚ Essop said he had been engaged with Timol in underground work for banned political parties.

"We were disseminating illegal literature‚ I motivate people‚" Essop said.

Essop said he hated segregation laws and he felt he needed to do something about it.

Essop testified that he was driving from Coronationville to Fordsburg with Timol as a passenger when police stopped them at a roadblock on a Friday night in October 1971.

The police asked Essop to open the boot.

"Ahmed obviously put something there. Police claimed it was correspondence Ahmed had with the Communist Party abroad and political pamphlets.

They were then taken to the Newlands police station where he was separated from Timol.

Essop said the assault started on the first night of his arrest when a security policeman asked him where he and Timol were driving to when they were arrested.

Essop said he informed the policeman that they were driving to Fordsburg to get a light snack.

Essop said this answer did not satisfy the policeman.

"I got a hard punch on my stomach. I have never been hit so hard like that in my life. It was a massive punch."

He said two policemen he identified as Captain Fourie and Van Niekerk took turns assaulting him.

"They gave me hard slaps on my face. I was seeing stars. I would say this was serious assault. This went on for about half an hour."

Essop said he was then taken to John Vorster police station‚ now known as Johannesburg Central Police Station where the assault continued for the next four days.

"It was there that the bulk of the torture happened."

Essop said he saw a man at the station whose head was placed under a hood on Monday following their arrest on Friday.

"The walk by Ahmed was not a natural walk He was not in a fit state to walk. His height is that of Ahmed. I knew how he looked like‚" Essop said.

He said despite a hood being placed on his head‚ he was certain it was Timol.

Essop said he only heard that Timol had died on March 8 1972 when he was due to appear in the Johannesburg Magistrate’s Court. The lawyer his father had arranged for him informed Essop that Timol died.

"I was devastated to get that piece of information."

Essop described the methods of torture used on him.

He said police used a plastic bag which they placed around his head to suffocate him.

Essop also said he was also asked to simulate sitting on a chair. He also said police used electric shocks.

His repeated assault led to him being admitted to Charlotte Maxeke hospital‚ then to Hendrik Verwoerd hospital in Pretoria. He was then moved to the hospital section at Pretoria prison.

Essop told the inquest headed by Judge Billy Mothle that he had made notes of his torture while he was awaiting trial at Pretoria prison that he wrote during April or May 1972.

He told his lawyers who consulted him in prison that he had been tortured during his detention at the Johannesburg Central Police Station.

"My lawyers gave me sheets of paper and I recalled what happened."

Essop left South Africa in 1981 and is now a British citizen.

Essop said he gave the notes detailing his torture to his lawyers.

When he was taken to the high court in Pretoria for trial for breaching security legislation‚ Essop said he and his lawyers concluded it would be unwise to initiate criminal proceedings against the police who had tortured him.

Essop was sentenced to a prison term of five years.

"I was proud to receive my sentence. It was a political trial."

Essop said as a result of his arrest‚ his studies for a medical degree from Wits University‚ when he was in his third year‚ were disrupted.

Essop said the notes were given to his father who kept them.

Essop only knew that his notes still existed when his father died in 2010 and he had come to finalise his estate.

Essop promised to share the notes with the inquest the next time he comes back to South Africa.

Essop will continue his testimony on Tuesday before the inquest visits the police station on Tuesday afternoon.