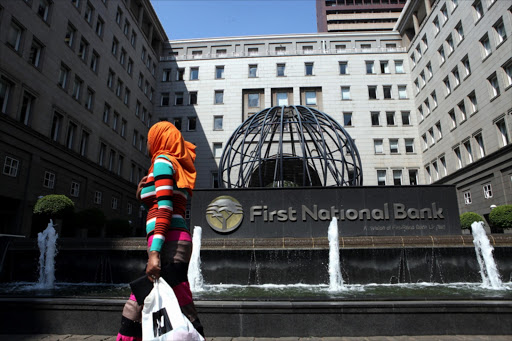 Victims of two brazen First National Bank safety deposit box heists believed for six months that they had lost everything.

Now they have discovered the bank recovered a stash of coins, jewellery and foreign currency at the crime scenes.

"The revelation has come as a huge shock to the victims, and reignited their anger as they scramble to find out if they were among the lucky ones," said Kelly Fraser, who heads a committee representing 200 victims of the thefts.

Her father Andrew Fraser's safety deposit box containing 50 Krugerrands was among the 360 stolen from the Randburg branch on December 18.

Two men have appeared in the Randburg Magistrate's Court in connection with the theft of safety deposit boxes at First National Bank. Norman Moeli ...
News
5 years ago

Two weeks later, on New Year's Eve, thieves penetrated a vault at FNB Parktown and made off with R1,7-million in cash and valuables from about 30 safety deposit boxes.

Victims found out by chance that FNB had secretly retained some valuables recovered at the scenes.

A loss adjuster showed one woman a book of photos of jewellery, coin sets and foreign currency.

She mentioned it on the Whats-App group the victims share, igniting anger that the bank hadn't disclosed this. The photos have since been posted on the group.

"Whatever they'd put in those boxes had huge value to them, so FNB is really playing havoc with their emotions," said Fraser.

It was nothing like the movies: FNB deposit box victim describes bank security measures

Those of us who don’t rent so-called bank safety deposit boxes for our valuables probably imagine the set-up to involve fingerprint-accessed ...
News
5 years ago

A firm of loss adjusters was appointed by the bank to liaise with victims about the contents of their boxes with a view to establishing if the bank would pay compensation.

The bank is not legally responsible for any loss or damage that may occur, but victims question if the bank took appropriate steps to secure the boxes.

Neither the bank nor police said anything about the valuables left behind in both vaults.

"They've known about these valuables for six months! They could have shared the descriptions in January," said Fraser.