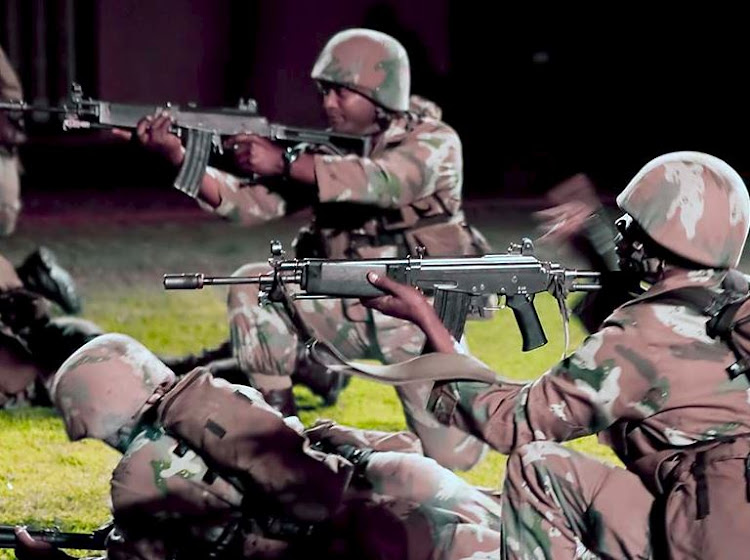 This follows a report earlier on Tuesday that Military Police and the Gauteng Provincial Government are investigating a case of suspected “human trafficking” of close to 300 young people‚ who were found stranded in Wonder Park‚ north of Pretoria.

According to preliminary information‚ a man who claimed to be a Colonel in the SANDF trafficked men and women between the ages of 18 and 30 from KwaZulu-Natal under the false pretence of employment in the SANDF.

“Allegations are that the man collected an undisclosed amount of money from unsuspecting parents in KZN‚” the Social Development department said in a statement.

“The young people are reported to have been stranded next to the Wonder Park Shopping complex since last week.

“Some are said to have left to unknown destinations.” The department on Tuesday morning dispatched a team of social workers to the scene to assist with food and transportation of all victims back to their homes.

“The SANDF is attending to the matter through the Military Police‚” it added.

In a statement on Tuesday evening‚ the SANDF said: “The SANDF does not utilise individuals‚ groups or groupings to recruit. The SANDF strongly condemns activities aimed at deliberately misleading members of the public regarding recruitment into the SANDF. Members of the public are encouraged to report such activities or any people who solicit money from them with the promise of securing employment in the SANDF to the nearest South African Police Service station or SANDF base or station.

“Furthermore‚ the SANDF reiterates that there is no integration into the SANDF following parliament’s promulgation of the Termination of Integration Intake Act of 2001 and the Demobilisation Amendment Act of 2001 that formally and legally brought the integration process to an end on 31 December 2002.”