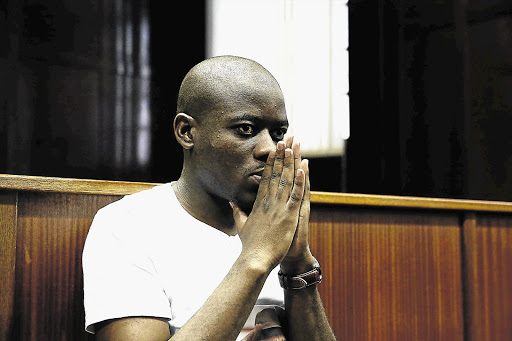 The EFF's Student Command in KwaZulu-Natal is expected to open a case of intimidation against a police officer they accuse of threatening student activist Bonginkosi Khanyile.

They say the officer approached Khanyile at a restaurant‚ verbally attacked him and threatened to send him to jail.

Khanyile spent several months in detention at Durban's Westville prison after he was arrested during protest action at the Durban University of Technology.

Khanyile had been denied bail on the basis that he had violated previous bail conditions by participating in the protest action‚ with his legal counsel eventually securing his freedom at the Constitutional Court.

Students from across Durban will leave lecture halls on Wednesday afternoon and join religious leaders in a march aimed at having detained student ...
News
4 years ago

In a statement released by the student body on Tuesday‚ they registered their disgust at the alleged conduct of the officer‚ who had been a witness in Khanyile's failed bail application after his arrest.

"We are disgusted‚ taken aback‚ gobsmacked and flabbergasted by the actions of the Colonel by threatening and intimidating our member.

"The encounter took place today [Tuesday] in a restaurant at Berea Centre where the Colonel approached Khanyile making unprecedented number of statements including threatening to assault and ensuring he goes back to prison‚" the statement reads.

The organisation said it would register a case of intimidation and said that they had a raft of video evidence of the encounter.

They are expected to open the case at 10am at the Berea Police Station.