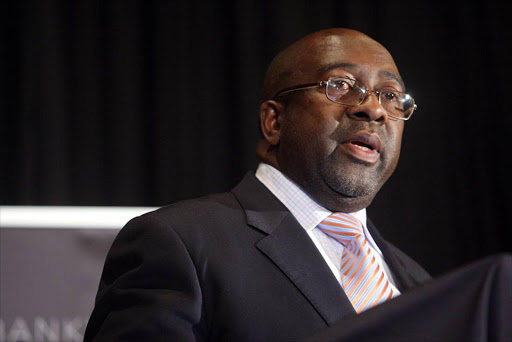 Former finance minister Nhlanhla Nene wants to know how a Treasury letter he signed ended up in the e-mail inbox of a Gupta associate.

The document - dated February 6 2015 - has been found among thousands of leaked Gupta e-mails.

It is the second piece of correspondence bearing his name to appear in the e-mail inbox of Ashu Chawla, chief executive of the Gupta-owned Sahara group.

Yesterday, The Times told of a letter purportedly from Nene in which favourable financing by the China Development Bank was solicited for a multibillion-rand locomotives deal.

Derailed: Nene fumes over use of his name on 'fake' China letter

Gupta-linked business associates penned and peddled a letter in the name of former finance minister Nhlanhla Nene related to the funding of ...
Politics
4 years ago

Nene labelled that letter a "fabrication" but Regiments Capital, a South African investments company, yesterday insisted that the letter was merely a draft for Nene's consideration.

Regiments director Niven Pillay said he was concerned that correspondence between Nene and Regiments had ended up "on a Gupta server".

"It is our belief that this letter, which was penned and signed by the [former] minister, is a response to the draft [the letter Nene claims is fake], that was sent to the minister by Transnet or [former Regiments Capital director] Eric Wood.

"Therefore, he is mistaken in categorising it as fake and fraudulent, as it was actually a draft for his consideration which he declined to pursue," Pillay said.

Nene, responding to queries on both letters, said the letter purportedly written by him to the Chinese was a "fake/fabrication".

Yesterday he said he would never ask anyone outside of the department to draft a letter on his behalf "unless the request for a letter is not clear".

"Chances are that he [Wood] might have done it on his own, but as my letter shows, his formulation was not in line with ours."

Asked about the letters ending up in Chawla's e-mail inbox, Nene said: "This is what baffles me. If there were correspondence between us [the Treasury] and [a state-owned enterprise], especially this one, I don't understand how it ends up in their in-tray."

The leaked e-mails reveal that Wood forwarded Nene's Treasury letter to Essa an hour after it was sent to him by Nene's former personal assistant. Essa then sent the letter to Chawla on the same day.

Wood declined to comment on his forwarding of the letter to Essa. Chawla and Essa failed to respond to questions.

IN FULL: The letter former minister Nhlanhla Nene says is a big fake

Former finance minister Nhlanhla Nene is baffled by this letter bearing his name which was found among hundreds of thousands of leaked Gupta emails.
Politics
4 years ago

In the official Treasury e-mail, Nene's personal assistant thanks Wood for a previous letter regarding South African and Chinese relations.

It is not known which letter she was referring to, although Regiments says it believes it to be the letter that Nene has labelled "a fabrication".

Wood is currently embroiled in a legal battle with Regiments, which has accused him of stealing company information and giving it to Essa.

At the time the two letters were circulated, Regiments was assisting Transnet in its negotiations for the purchase of 1064 locomotives.

The bulk of the project went to the Chinese companies North China Rail and China South Rail.

Nene's official letter differs from the other letter in that it does not mention seeking a more favourable financing deal from the Chinese for the locomotives.

Nene's official letter was written days after Wood instructed his Regiments subordinate Tewodros Gebreselasie, a senior economic adviser still with Regiments, to draft the Nene letter to the Chinese bank on behalf of Transnet.

Wood insisted that the so-called fake letter, which he said was never signed, was a draft that would have been sent on to Transnet, his client at the time, for its consideration.

"The letter was not written on behalf of or at the instance of Minister Nene. Nene's disputing of the veracity of the letter is erroneous. If anything, the letter of 6 February would indicate the minister's awareness of Regiments' role as advisers."

Wood claimed he was instructed by former Transnet chief financial officer Anoj Singh, now Eskom CFO, to write the letter. Singh said he could not recall sending such a letter to Nene or the Chinese bank.

CLARIFICATION: Regiments Capital yesterday said it was concerned that our initial report implied that its employee Tewodros Gebreselasie was a Gupta ally. There is no suggestion that this is the case.