Executive salaries used to be 50 times a worker's. Now they are 500 times larger 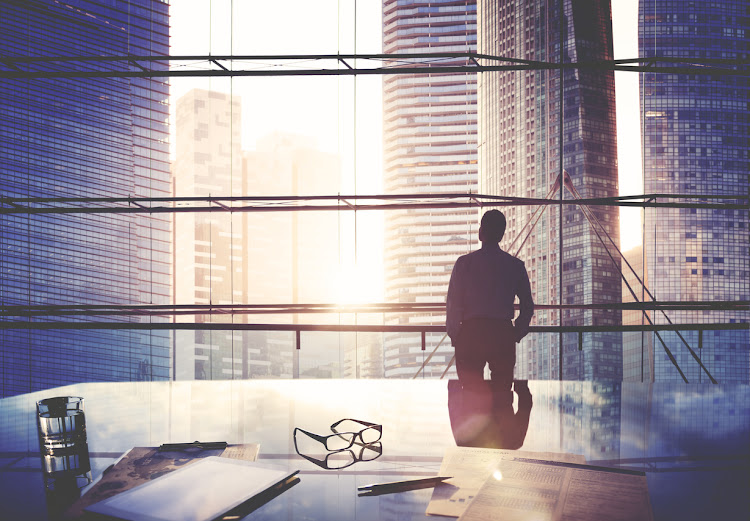 About 30 years ago, the ratio of an executive salary to that of a worker was around 50:1. Now, it is 50
Image: iStock

At an average of R69,000 a day, senior executives at JSE Top 100 companies are earning what an economist has called a "grotesque" amount.

A new report by Deloitte has found that "despite the increasing scrutiny ... executive guaranteed pay increases in general have well exceeded inflation" in the past five years, and annual cash bonuses paid to CEOs and chief financial officers were "large" in relation to guaranteed pay.

The report came as Statistics SA's quarterly employment statistics report showed employment decreased by 48000 jobs in the first quarter compared with the previous quarter, from 9.692 million in December 2016 to 9.644 million in March 2017.

According to Deloitte's actuarial, reward and analytics leader, Leslie Yuill, in September last year CEOs and chief financial officers at the top 100 JSE companies were getting, on average, a total pay package of R17.9-million a year, or about R69,000 a day.

"Our analysis uncovered some key trends that, in our view, definitely provide vitriol to the debate (on executive pay)," said Yuill, adding that companies' remuneration reports often "provide little or no explanation as to the cause or reason for these trends".

The study found little correlation between CEOs' guaranteed pay and the size and complexity of the organisations they were managing - particularly for companies with market capitalisation of between R5-billion and R50-billion.

According to Azar Jammine, director of economic consultancy Econometrix, it is a "huge problem that lies at the heart of our social and political context of massive unemployment and low income compared with the grotesque remuneration of certain individuals".

While it was normal for executives to earn a lot more than ordinary workers, the ratio showed something had gone seriously wrong, he said. About 30 years ago, the ratio of an executive salary to that of a worker was around 50:1. Now, it is 500:1. Where an executive is earning R2-million a month, a worker might be earning R4,000.

Jammine said the middle class also got a raw deal as the "pyramid was getting steeper and steeper".

Patrick Craven, of the South African Federation of Trade Unions, said the figures, while shocking, "are not surprising when you consider that South Africa is one of the most unequal societies".

The companies paying enormous amounts to executives "are the same ones currently in negotiations with unions to convince workers to accept lower wages. For workers this is particularly important because it is their labour that creates all this wealth."

Craven said analysts had for years emphasised the need for inclusive growth, but the message had had no impact on the way businesses allocated pay.

According to Jammine, at the heart of the problem is the breakdown between ownership and control: "Shareholders these days are big financial institutions that have little connection with the companies in which they have shares.

"The person sitting in the ivory tower of a financial institution is so far removed from the group of people on the ground running the actual company, so what you have are asset managers competing with each other to get the greatest return on investment over the shortest space of time."

To make the numbers look good, costs were cut: rather than thinking about long-term strategy, they cut staff, use the cheapest suppliers and get fewer and fewer workers to do more and more.

"When you see short-term profit as a result, you get managers getting these obscene bonuses."

Jammine said it was a "weakness of corporate governance" but it was "far more incendiary and serious" in the context of South Africa.

The Deloitte report also found that cases in which companies declined to pay incentives were the exception rather than the rule.

"In the case of the CEO, we only identified 15% of instances where an incentive was not paid over the last six years," said Yuill. "It is almost as if executives are entitled to expect a reasonable performance bonus even when not warranted by performance."

The mining, construction and resources sector - where shareholder value had dropped by a third in the past six years - appeared to be the exception. Despite this, "the impact on executive pay has not been dramatic, and shareholder and company misfortune has not correlated with executive pay". 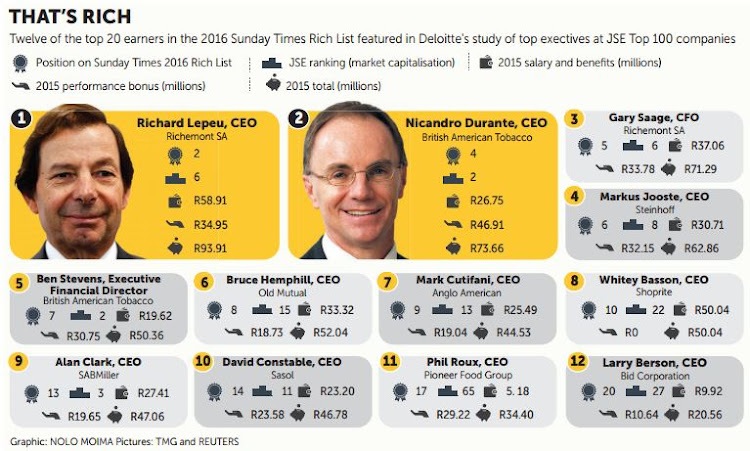