Rural crime gets attention at last 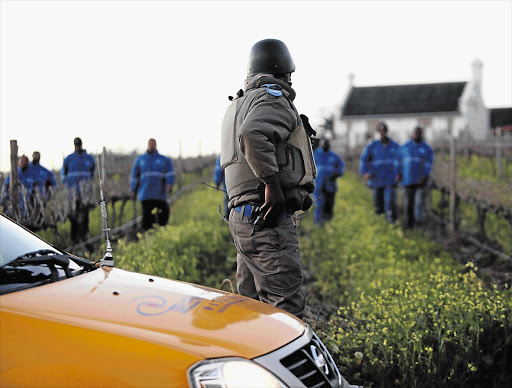 Crime affecting farming communities will be the focus of the first ever international conference on rural crime, to be hosted in South Africa in September.

The event is being organised by Unisa's School of Criminal Justice with agriculture bodies including AgriSA. Academics, police officials, private security officers, lawyers and trauma counsellors will discuss how best to tackle rural crime and its effect on the agriculture sector.

The conference will look at theft of agricultural commodities, shortcomings of the criminal justice system in rural areas and the effect and influence of cross-border crime.

"Given the premium placed on agricultural development and job creation in the sector, the safety and security situation in the rural environment is becoming more alarming and very delicately poised despite efforts to address the situation by various role-players," said Kobus Visser of AgriSA.

He said the situation not only affected commercial farmers and farmworkers but also small-scale farmers "who may lose a whole herd of cattle in a single theft act, ruining the livelihood of that family. The seriousness of this crime and the violence committed against these communities are of dire concern. Through the discussions at the conference, solutions may be found to address the crime challenges in rural areas," said Visser.

Johan Burger, senior researcher at the Institute for Security Studies, said such a conference was important.

"We have crime conferences throughout the country, throughout the year. One of the biggest concerns in South Africa, arguably, is rural crime. Apart from the human lives and property affected as a result of these crimes, is the impact on employment and the economy. Rural crimes survive because of rural economies.

"Rural crime has for some reason become a politicised issue - which it should not be. Hopefully we will able to keep politics out of it and focus on the problem at hand, like why is it so violent and what are the consequences of these crimes?" said Burger.