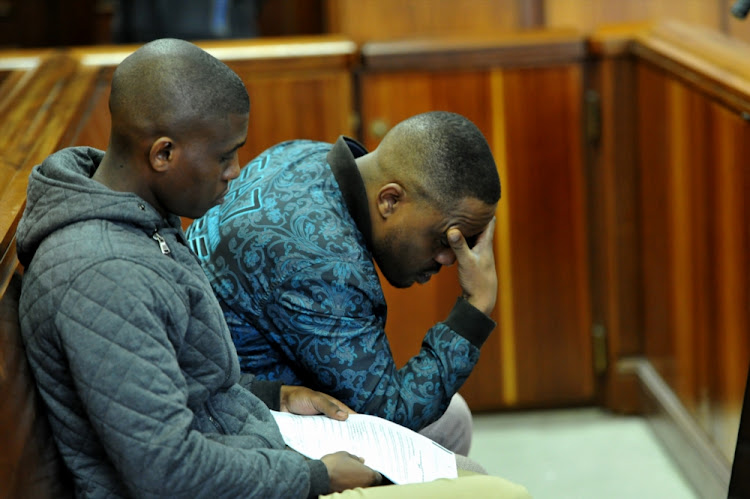 Peter Daubermann‚ the lawyer representing Sinethemba Nemembe and Zolani Sibeko‚ had brought an application in terms of Section 174 of the Criminal Procedure Act for his clients’ discharge due to a weak state case.

A lawyer for two of the men accused of conspiring to kill Jayde Panayiotou believes there is not enough evidence before court to convict his clients ...
News
5 years ago

The state closed its case in the mammoth Panayiotou murder trial on Tuesday morning.
News
5 years ago

Daubermann had argued that the only evidence connecting Nemembe and Sibeko to the planning of the commission of the offence was cellphone evidence‚ something which he did not believe to be reliable.

The application was vehemently opposed by state advocate Marius Stander‚ who said the accused did not explain why they were in constant communication with suspected triggerman Sizwezakhe Vumazonke.

In addition‚ Nemembe’s handset placed him at the scene of the murder.

Judge Chetty dismissed the application and said he would give reasons for his ruling at a later stage.

The case was meanwhile postponed to September 26 for the defence to present its case.

Christopher Panayiotou is accused of hiring hitmen to kidnap and kill his wife in April 2015.