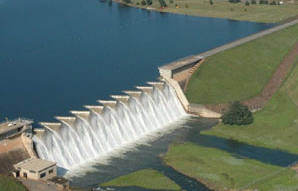 Despite being cleared of wrongdoing‚ Cyril Gamede‚ the embattled Umgeni Water CEO against whom a litany of allegations of graft were levelled‚ has severed ties with the water utility‚ it was announced on Saturday morning.

However‚ the anonymous writer‚ who was “bitter about Gamede’s transformation agenda” has since apologised and withdrawn the allegations made in anger”.

Gamede who was placed on precautionary suspension in early June‚ reached a mutual agreement with the outgoing Board of Umgeni Water late on Friday for him to exit the organisation. Friday was his last working day.

The board had initially appointed a team of accountants and forensic auditors to probe graft claims against Gamede.

Umgeni Water spokesman‚ Shami Harichunder said on Saturday morning that the terms of the settlement‚ which are financial in nature‚ will remain confidential.

“Central to negotiations between the Board and legal representatives of Gamede was financial settlement for the two years by which Gamede’s contract had been extended. This was to have been the subject of a legal dispute. However the Board‚ acting on legal advice‚ decided to settle on payment‚” said Harichunder.

He said on the day of negotiations between Gamede’s lawyers and the Board regarding his exit‚ an anonymous email letter was sent to the Board withdrawing allegations made against him‚ two members of the Board and certain employees.

“The writer/s of this anonymous letter also apologised for making the allegations and expresses regret for his/her/their action‚” said Harichunder in a statement.

An excerpt from the letter reads: “I realise now that this organisation has been stable for over 40 years and through my actions I could have caused irreparable damage to the reputation and the standing of this organisation. These letters were sent in anger; I was angry because we felt that the transformation agenda pushed by the CEO has been excluding us as minorities that are not looked after.

“I felt that the Executive Leadership was not pushing hard the Radical Economic Transformation and we couldn’t handle the pressure as the minority of this transformation. My motives could even have been racially motivated and for that I am ashamed and deeply remorseful.

“In so doing I feel that this has begun to negatively pull against this organisation and I profusely apologise. I would also like to unconditionally withdraw my accusation against the CEO‚ Executives‚ the Organisation‚ Board Members‚ suppliers‚ stakeholders‚ and named parties that may have been negatively affected in any way. The state of this organization is even starting to affect my family as well and we are in shaky ground by my doing."

The Department of Water and Sanitation has taken over co-ordination of an investigation into various allegations levelled against some members of the Board and certain staff of Umgeni Water in anonymous letters.