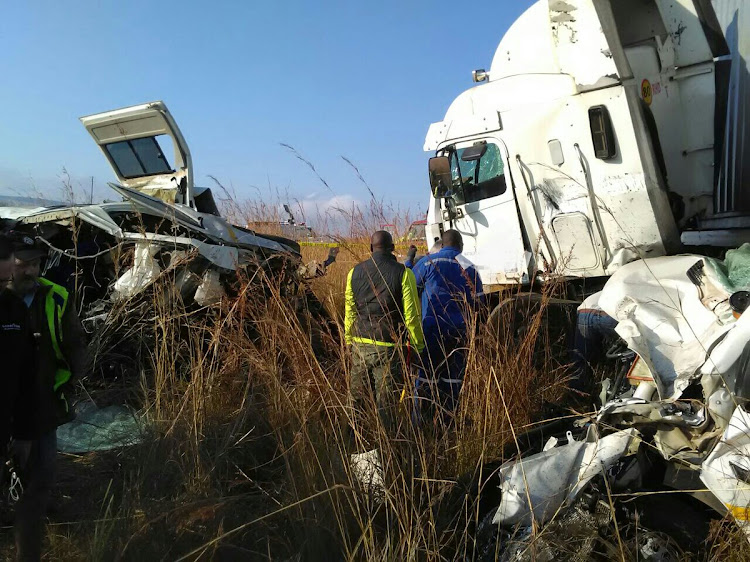 At least a dozen people have been confirmed dead following an early morning crash in Machadodorp.
Image: ER24

At least a dozen people have been confirmed dead following an early morning crash involving three vehicles in Machadodorp near Badplaas on Tuesday morning‚ said the Mpumalanga Department of Community Safety.

Sixteen injured people have been transported to Belfast Hospital while one was airlifted to another hospital in Nelspruit.

Community safety spokesperson Joseph Mabuza said 10 people were still trapped inside the vehicles around 9am this morning.

It appeared that two taxis had collided with an oncoming truck on the R541‚ which has been closed while the accident scene is being cleared.

"The two taxis were commuting mine workers at the local mine‚ Nkomati. At the moment it’s not clear how the situation will turn out as we are still on the scene clearing‚" Mabuza said.