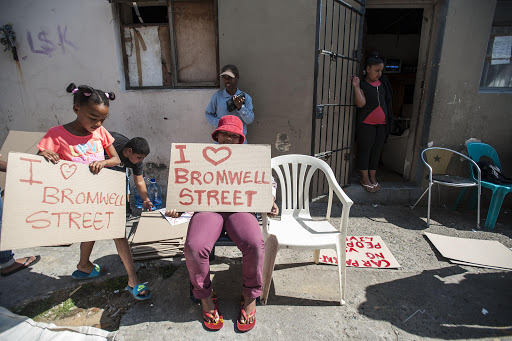 A judge has stepped down from hearing the controversial Bromwell Street eviction matter in the High Court in Cape Town after pressure from residents‚ who said he was biased.

Acting Judge Leslie Weinkove told legal representatives of the parties involved in the matter that he would be stepping down‚ the Ndifuna Ukwazi Law Centre — which is representing the Woodstock residents — said on Wednesday.

Bromwell Street residents have been told that they have no constitutional right to choose where they want to stay when provided with emergency ...
News
5 years ago

Attorney Disha Govender said Weinkove advised that he had decided to step aside “in light of a new issue raised by the residents” regarding non-compliance with the environmental authorisation for a proposed relocation site.

The residents launched an application for Weinkove’s recusal in March over the way he behaved and commented earlier in the case.

He later attacked resident Charnell Commando’s evidence as “not expert” because she worked as a kitchen assistant.

Residents felt he was insensitive to the experiences of poor and working class residents‚ and biased against them. “The judge said I’m no expert‚ I’m a kitchen hand‚” Commando said at the time. “But I did more research than the city (council). I hope the judge thinks of us as human beings.”

Weinkove’s conduct was described as “grossly negligent (and) incompatible with or unbecoming the holding of judicial office” in Commando’s official complaint.

Families from seven homes in Bromwell Street face eviction after their homes were sold to a developer. The families have rejected the City of Cape Town’s offer of emergency housing in Wolwerivier‚ 30km from the city centre near Atlantis‚ which they believe is unsafe and too far from amenities such as schools and medical care.

“The same court papers will be used but the legal representatives will be given a new opportunity to argue before the judge. Acting Judge Sher will then make the decision in terms of the outcome of the application.”

According to Govender‚ the eviction order which was previously granted remains stayed‚ “so the residents will not be evicted from Bromwell Street until such time as this application has been finalised”.