Cheating nurses told to swot again – exams have to be rewritten 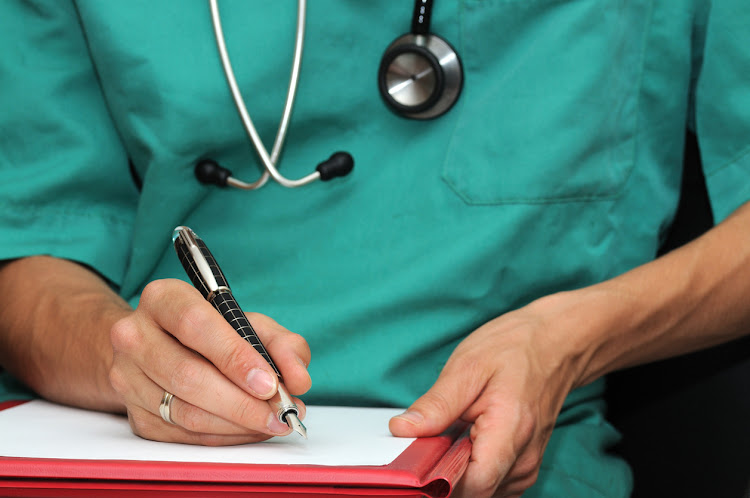 Thousands of qualified nurses may have cheated in exams they wrote in May to improve their qualifications.

This experts say could constitute a crisis in the health system - affecting both patients' and doctors’ trust in nurses' honesty and skills.

One ethicist said the nurses should be struck off the roll.

On May 10‚ staff nurses who possess a two-year qualification and already work at clinics and hospitals‚ wrote 1st or 2nd year bridging course exams from a course that qualifies them to become "registered nurses" who earn more and have more responsibilities.

The SA Nursing Council on June 12 sent out a letter to all nursing colleges and nursing unions to alert them of the cheating and said it had "no option" but to order that the exams be rewritten.

Far from condemning the cheating‚ nurses' unions have fought to stop the compulsory rewrites and then fought over when those rewrites should be scheduled.

Unions including Hospersa were enraged saying it was unfair to make all 10‚000 nurses rewrite exams.

At the time‚ Hospersa General Secretary Noel Desfontaines said: "The Council’s decision to cancel these examinations was not thought through.

“To order a re-write of an examination at such short notice will place untold and undue stresses on the learners from both a financial and workplace aspect. Some learners may not even be timeously advised of the re-write‚” argued Desfontaines.

Rubbish bins and paper were set alight and hurled at the Pretoria offices of the South African Nursing Council (SANC) in an ongoing dispute over ...
News
4 years ago

According to court papers filed by the SA Nursing Council‚ many nurses saw the exams before they wrote them‚ while some had the answer memos‚ which they may have taken with them into the exams.

The South African Nursing Council was correct in nullifying the May exams and calling for a rewrite‚ the Pretoria High Court has confirmed.

Fabricius wrote: "It is clear from the affidavits that thousands of student nurses are involved in at least four provinces (it is not yet certain whether the irregularities concerned any of the other provinces)".

Provinces known to be affected are KwaZulu-Natal‚ Mpumalanga‚ the Western Cape and Gauteng.

But in court‚ Hospersa and the SANC came to an agreement that the rewrite dates initially scheduled for June end would be postponed to July. They will now be rewritten on July 19 and 21.

“The order granted was an order by consent of both parties‚ who settled on the terms thereof. The SANC agreed to postpone the re-writes and Hospersa agreed to not persist with a legal review of the decision to set the exams aside in its entirety‚” said Desfontaines.

“We believed that the order was a good one as it addressed the varying concerns of all our members‚ and at the same time keeping the integrity of the examinations intact‚” added Desfontaines.

“Hospersa request SANC to investigate claims that the June 28th rewrite paper was also available to some students before the examination date‚” said Desfontaines.

Denosa has said the SA Nursing Council must blame themselves for allowing the leak. "The investigation must not be prejudicial to any of students who often get punished for something that the Council shouldn’t have allowed in the first place."

Union Denosa spokesman Sibongiseni Delihlazo said that the union has evidence that the exam paper for June 28 was also leaked‚ even though the actual exam was cancelled by the court two days before it was to be taken.

"We have already received reports claiming that the June Exams were already leaked‚ and to that effect even seen photo evidence circulating on social media currently which proves that leakages are out control at SANC‚" said Delihlazo.

He said if the SANC cannot identify where exam leaks took place‚ them more leaks could take place in July.

Ethicist and qualified doctor Professor Aimes Dhai‚ Director of the Steve Biko Centre for Bioethics said the suggestion in the court judgment that thousands cheated "is of grave concern – especially when considering the Florence Nightingale Pledge which the nurses oath is based on starts off by saying that nurses will practice their profession faithfully and abstain from mischievous practices."

She said the idea that thousands of qualified nurses improving their qualifications cheated in exams "would definitely create anxiety amongst patients who‚ because of their vulnerability‚ are forced into a relationship of trust with their healthcare practitioners (nurses included) – clearly this trust is now eroded... they are now forced into a relationship based on distrust".

Pharmacist‚ ethicist and medical law practitioner Shafrudeen Amod said: "Ethical accountability must be demanded of both the SANC‚ as to how the answer memo was leaked and more importantly from the nurses that found it ‘normal’ to cheat. A collective degree of responsibility must be taken."

He also called for the cheating nurses to be struck off the roll. "It would be tantamount to gross negligence to allow these nurses to practice."

The SA Nursing Council did not respond to requests for comment.

It said its spokesman was sick.