Experts say bird flu not a threat to humans 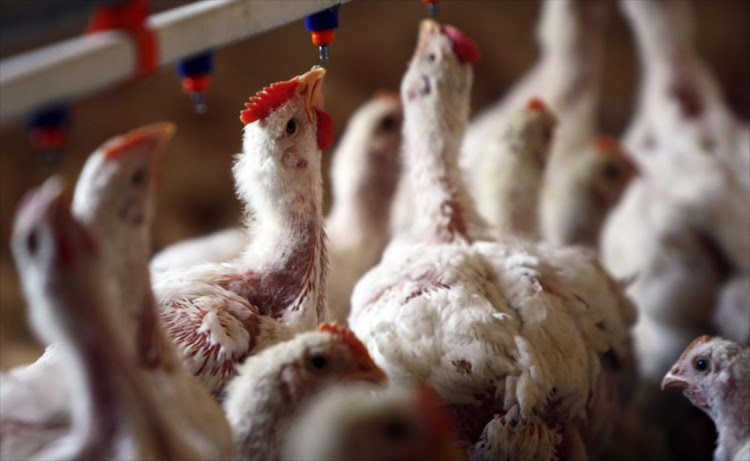 The SA Poultry Association has warned all types of chicken are at risk of contracting bird flu, whether free-range, hardbody or conventionally bred live chickens.

Association CEO Kevin Lovell said the sale of live chickens had been banned to curb the spread of the virus. But the ban had nothing to do with preventing illness in humans.

"Though all chickens are susceptible to the disease, the bird flu is an animal health problem and not a human health one. The specific version of the flu discovered in South Africa is not harmful to human health, but poses a great threat to the poultry industry as the ones infected must be culled if they have not died from the disease already," he said.

Lovell said it was perfectly fine for people to continue buying chicken because regulations had been put in place to oversee the distribution of live chickens, ensuring no infected stock would be on the market.

"The association is working closely with the Department of Agriculture, Forestry and Fisheries to ensure the farms that grow the chickens are regulated and necessary measures are taken to curb a further spread."

The knowledge is passed down to the distributors, to whom infected chickens will not be sold.

"As for chickens that are already processed, there is no need to worry because they are tested before being packaged. It's the standard," he said.

Celia Abolnik, head of the Poultry Health and Production Research Chair at the University of Pretoria, echoed Lovell's warning.

"There are many factors that could result in a further spread of the disease, such as the mobility and transportation of the chickens and resources," said Abolnik.

"Some poultry farmers might not have the necessary equipment to protect the chickens from contracting the flu."

She warned free-range chicken is also in danger.

"They are all prone to contracting the disease."

Agriculture, Forestry and Fisheries Minister Senzeni Zokwana said last week that no cases had been reported in provinces other than Mpumalanga, where a team of veterinarians had swiftly responded to the threat and quarantined affected farms.