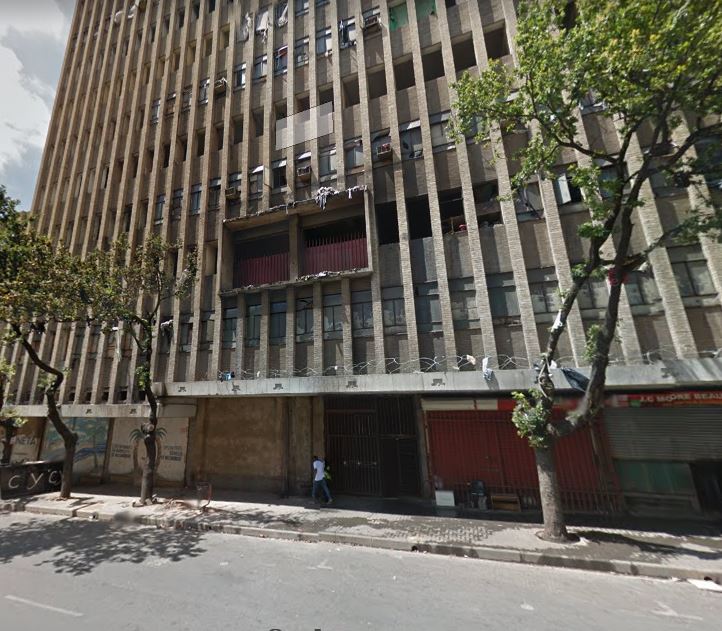 Hakim Python hated living at the notorious Cape York building in downtown Johannesburg. But he is still sad to see parts of it destroyed after a massive fire broke out on Wednesday morning.

"As much as it's horrible to live here‚ I don't know what I'm going to do or where I'm going to live. I lived here for two years‚" he said.

The hijacked building on the corner of Jeppe and Nugget streets consists of 11 floors‚ with dirty plastic and clothes hanging from windows.

Seven people died in the blaze‚ one of them perishing after jumping out a window.

Python was among those who have lived in the building for years and says that he feels stranded.

"We don't really know each other. We are so many. We don't pay rent or account to anyone. I didn't know the people who fell. People come and go here‚" he said.

Python said the fire was started by someone who left a candle lit throughout the night‚ while someone else on the scene yelled that he heard a man was using welding tools that started the fire.

This story from our archives highlights the desperation of its residents‚ who four years ago were paying to live in a block with no water or power.
News
4 years ago

He didn't know the people who lost their lives and is relieved he could run out of the dingy place on time.

Rosemary Marithi‚ who lives across the road‚ said that as neighbours they wish the building could be shut down for good.

"I saw people running out of the building and a few were vulnerable and standing on the windows on the upper floors.

"I couldn't believe it but they are generally not responsible people. They steal from us‚ it's a crime house‚" she said.

Seven people have died in a fire that broke out in the Johannesburg CBD on Wednesday. Rescue personnel battled massive flames in an attempt to put out the blaze. Shot by: Xanderleigh Dookey Edited by: Olorato Mongale Subscribe to TimesLIVE here: https://www.youtube.com/user/TimesLive