From eating snakes to taking your money - SA's controversial pastors 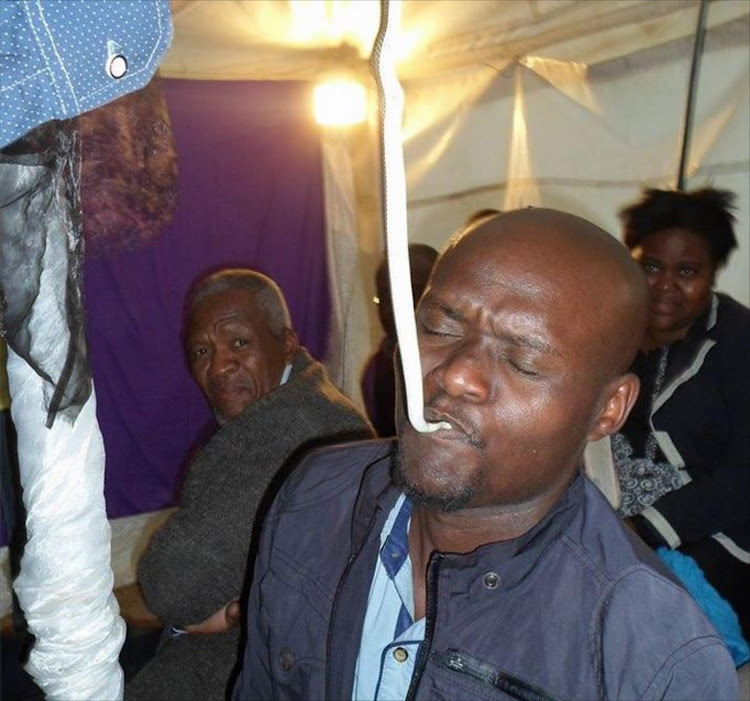 South Africans have done everything from eating snakes to getting into a freezer to demonstrate their faith to religious leaders.

These are just some of the discoveries made by the Commission for the Promotion and Protection of Cultural‚ Religious and Linguistic Communities (CRL Rights Commission)‚ which will next week release the findings of a study into the commercialisation of religion.

The commission said religious leaders across the country had been summoned to appear before it during the investigation.

"Over and above those leaders who were summoned‚ the CRL Rights Commission further organised a number of engagements with religious organisations in order to explain the purpose‚ objectives‚ process and expected outcomes of this investigative study‚" the commission said in a statement.

"Furthermore‚ the CRL Rights Commission convened a panel of experts including psychiatrists‚ sociologists‚ psychologists‚ social workers‚ etc‚ to discuss and critique the state of the nation’s psyche and how it affects the religious sector."

One of the questions that arose from the probe was why South Africans are gullible enough to "(believe) everything that they are told" and engage in practices such as:

The draft report was made available to religious leaders and organisations to comment or provide input‚ after which a final version was presented to parliament's portfolio committee on cooperative governance and traditional affairs.

The report will now be released to the media on Tuesday.