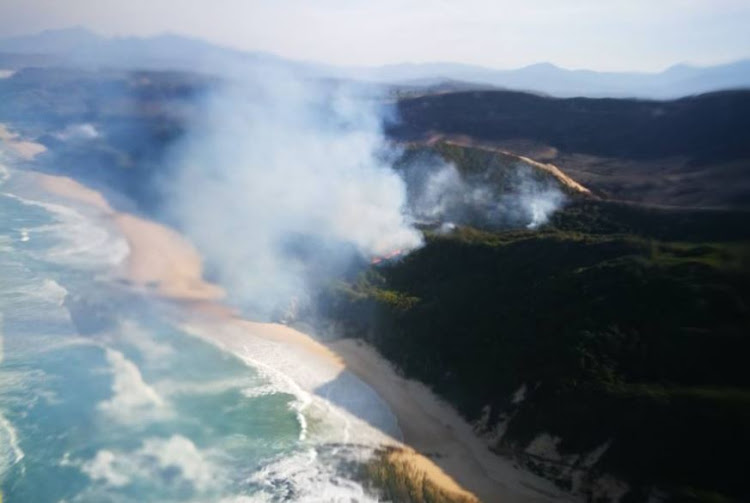 Firefighters have been dousing vegetation fires in Knysna and Plettenberg Bay.

Plettenberg Bay mayoral spokesman Dumisani Mnweba said even though the fire was now contained and did not pose a major threat‚ the area would be monitored.

Gemma, the cat with nine lives who found a way home after Knysna fires

In a tale of survival against the odds a 16-year-old cat with burnt paws was reunited with her owners on a smallholding that was surrounded by ...
News
4 years ago

After the fires, the latest deadly threat facing people on the Garden Route is asbestos.
News
4 years ago

Aid organisation Gift of the Givers on Friday paid tribute to victims of the devastating Knysna fires‚ which ripped through large swathes of the ...
News
4 years ago

“This morning there was a flare-up just 15 kilometres outside of Plettenberg in the direction of Knysna. Firefighters are in place and on guard. There was an assessment done on the area at 7am this morning and another assessment will be done‚” he said.

“The major concern is the wind because it is very windy at the moment‚” said Mnweba.

Working on Fire posted on their Facebook page on Friday morning: “The fires which broke out in the Southern Cape yesterday afternoon have been brought under control. The areas which burnt are namely in Knysna‚ Plettenberg Bay‚ Keurfontein‚ Wilderness (Contained) and Blanco. Yesterday a rapid response by the ground and aerial crew ensured that the Hoekwil and the Touwsranten community‚ which was under threat‚ remains safe.

“As of this morning‚ 80 firefighters from the Department of Environmental Affairs Working on Fire programme will be spread across the Southern Cape focusing on containing hot spot areas in Simola‚ Buffels Bay‚ and Groenvlei.”

A month ago a huge blaze cut a swathe of destruction along the Garden Route‚ destroying tourist establishments‚ affecting an estimated 2 500 jobs and burning 846 homes in Knysna alone.

Seven people perished in the fires.

Working on Fire tweeted photographs of the operation.