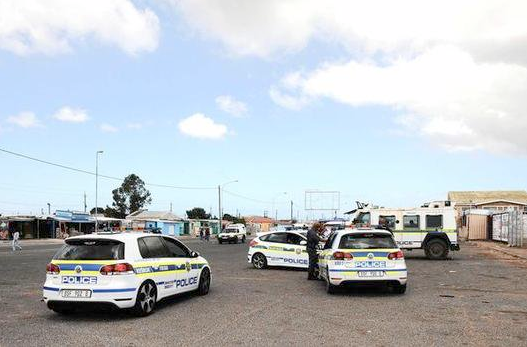 A taxi driver in Cape Town could have been arrested for just operating without a permit - but then he decided to run.

When officers eventually caught up with him he was charged with reckless and negligent driving‚ resisting arrest‚ and fleeing the scene of an accident.

Officers found him hiding on a property in Lavender Hill last week. His arrest came as the city stepped up its efforts to clamp down on offending motorists.

Just three weeks into an operation in the southern peninsula more than 9‚000 fines have been issued to motorists‚ with 68 arrests being made and up to 139 vehicles impounded.

One of those vehicles included that of the unlicensed taxi driver who initially sped away from traffic officers before bumping into three vehicles at an intersection in Grassy Park.

The driver then tried to get away on foot but was later found by officers.

“This incident is yet another example that running from the law causes more problems. What would have been an arrest for operating without a permit escalated into a much more serious charge sheet‚ all because he failed to cooperate‚” said the city’s councillor for safety and security‚ JP Smith.

Drunk driving and illegal drag racing were also under the spotlight. The city’s Ghost Squad held operations in Plumstead‚ Bellville South and Milnerton and this led to the arrest of 11 motorists for reckless and negligent driving‚ one for excessive speed‚ and 16 for driving while intoxicated. Officers also issued 3‚034 fines.

Smith was satisfied with a legal drag-racing event that took place at Killarney this weekend even though action was taken against 20 drivers for having illegally modified vehicles.

“While the City encourages motorsport enthusiasts to enjoy their pastime in a safe and controlled environment‚ city traffic officers are still obligated to act against anyone found to be in contravention of the National Road Traffic Act‚” Smith said.

“We also want to remind motorists that vehicles modified for racing are not allowed on public roads and should be transported via trailer or flatbed truck to events.”