Every religious practitioner must be registered: CRL Commission report 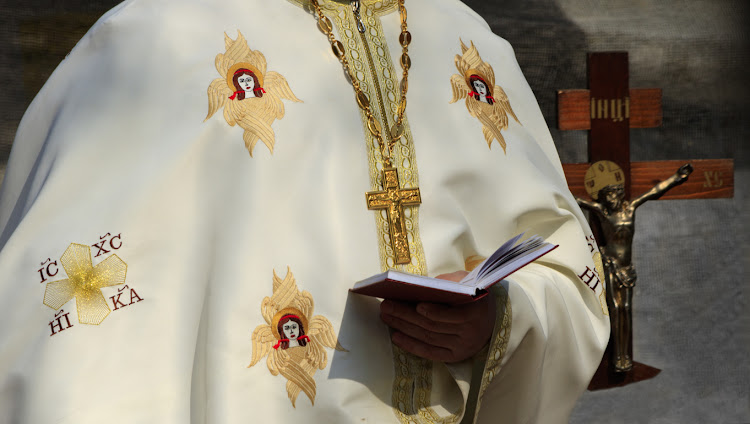 Every religious practitioner must be registered and fall under umbrella organisations.

Every registered religious leader should have a location where he or she conducts religious ceremonies and this could be churches‚ homes‚ mosques‚ temples‚ mountains‚ open fields and tents.

These are the recommendations made by the Commission for the Promotion and Protection of the Rights of Cultural‚ Religious and Linguistic Communities.

The commission presented its report to Parliament last week following its investigation into the “Commercialisation of Religion and Abuse of People’s Belief Systems”.

The commission undertook this investigation following media reports about instances in places of religious worship which put the lives of congregants in danger.

These included reports about religious leaders feeding congregants snakes and grass and giving them paraffin to drink.

These committees will each cover a particular religion‚ for example‚ one for Christians and one for Muslims.

These committees will ensure there is religious self-regulation and accountability. The peer-review committee will be the final mediator of disputes within their own religion.

Some religious leaders have been opposed to the convening of this investigation‚ fearing that the commission would interfere with freedom of religion guaranteed by the Constitution.

Briefing the media on Tuesday‚ commission chairperson Thoko Mkhwanazi-Xaluva said the Constitution also stated that everyone had the right to choose a trade‚ including being a religious leader‚ and that the practice of a trade or occupation may be regulated by law.

She said the aim of the investigation was to protect the congregants.

She said the investigation found that there was no comprehensive database of religious leaders and there were a high number of unregistered institutions.

The commission also found that the death of worshippers using faith products and defaulting on their chronic medication was high.

It also found that there were “cult-like” religious organisations which engaged in controversial practices like asking congregants to eat grass or drink petrol.

Mkhwanazi-Xaluva said she knew there were those religious leaders who would not want the current arrangement to be changed.

“We are convinced the majority of reasonable religious leaders will agree with us‚” she said.

However‚ Freedom of Religion South Africa (FOR SA)‚ said it was not persuaded that licensing of practitioners was the way to go.

Michael Swain‚ executive director of FOR SA‚ said the state had no business meddling with religion.

“We are not persuaded that licensing is the solution.”

Swain said the organisation was waiting for an opportunity to make submissions to the portfolio committee on co-operative governance and traditional affairs.

“Many of the denominations will also present their views.”

Swain said although religion was a “profession”‚ it cannot be compared to careers like law‚ medicine and financial services.

“In these instances‚ there are set laws‚ regulations‚ processes and procedures against which conduct can be evaluated and licences awarded or withdrawn‚ whereas the area of faith is by definition fluid and varied”.

Swain said the issues that the commission identified were abuses‚ which were criminal acts.

“You cannot hide behind freedom of religion and then commit a criminal act. The law must be enforced‚” Swain said.

Swain said the country had laws which dealt with every abuse that the commission had identified.

He said the proposal that peer-review committees should advise the commission was the clearest indication that the commission‚ an institution of the state‚ wanted to meddle in religious affairs.