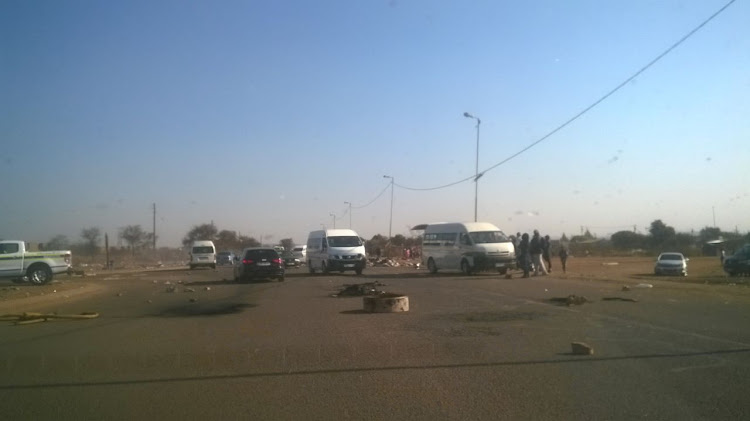 Residents of the nearby Nellmapius township protest over a power failure.
Image: Supplied

Motorists have been forced to navigate through all sorts of debris strewn all over the busy Solomon Mahlangu Drive in Mamelodi East near Pretoria on Wednesday afternoon as residents of the nearby Nellmapius township protest over a power failure.

Police managed to disperse the crowd that was blocking the road‚ preventing motorists from driving in and out of Mamelodi.

Residents said they have not had electricity since Tuesday afternoon and there was no notice or explanation from the Tshwane municipality's electricity department.

Solomon Ndaba said what angered them most was that certain sections of the township had electricity.

"We just want to be treated like paying citizens and be informed in time when there are planned power outages or any problem with electricity‚" he said.

Tshwane municipality spokesperson Lindela Mashigo said the area had been hit by cable faults and that their technicians were on the ground working to restore power.

"Our technicians tried to restore power (on Tuesday) night but it kept on tripping. The challenge they have is that the cables run through a water-logged area but they have assured us that power will be restored by 7pm‚" he said.

Mashigo added that it was only certain parts of the township that had been affected.