What it’s like when Metrorail fails - which happens almost daily 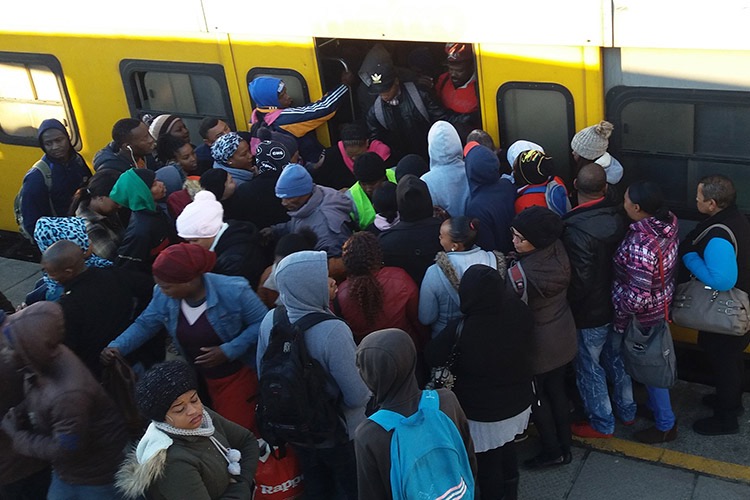 I use the train daily. This past month‚ I have arrived late at the work almost every day with few exceptions because of delays and cancellations on Metrorail.

Tuesday 11 July was the worst day. Along with many other commuters I was stranded at Parow station on the Northern Line for two hours‚ from 6:30 to 8:30am.

Some commuters went to the taxi rank‚ but they found it was full and returned to the station.

I spoke to another commuter who said he had been waiting since 6am. He had luggage and he’d wanted to take an early train to avoid the crowds. He and other church members were going on a camp for the week.

I travel from Parow to Rondebosch with a change at Salt River. When I arrived at Salt River‚ an unusually large crowd was waiting for the next train. There were delays and cancellations on the Southern Line as well.

The board showed that train number 0143 scheduled for 8:47am was now arriving at 9:16am. The 0147 scheduled for 9:18am was cancelled. I overheard a woman on her phone speaking to her employer. Afterwards‚ she told me she is a caregiver in Rondebosch. She was supposed to take her employer to the hospital for a 9am appointment at Groote Schuur. But 9am passed and she was still waiting for the train at Salt River station. She was worried about her employer missing the hospital appointment.

Another woman‚ who was from Blackheath‚ said she waited for a train at BlackHeath from 6am‚ only to get one at 8am.

“My employer understands my situation because he also read in the media about the train problems. But I am uncomfortable about being late for work every time. I am afraid of losing my job. I am a single parent.”

The journey home is no better. I normally try to leave at 4pm. What should be a 45-minute trip‚ often ends up taking two hours.

That can be four hours of my day waiting or sitting on trains just to get from Parow to Rondebosch and back.

According to Metrorail‚ Tuesday’s problem was caused by “snagged overhead electrical wires at Eerste River and a broken rail at Kuils River”.

I can confidently say‚ that from when I started this commute back in 2012‚ the service has deteriorated.