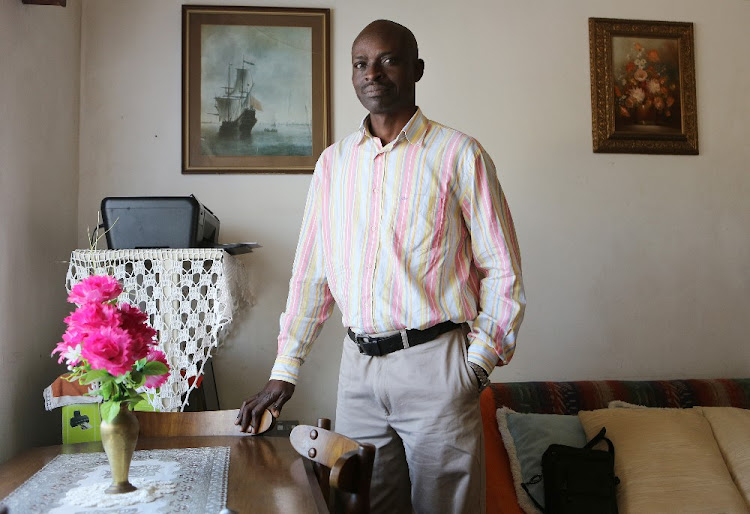 Government brought brief relief to Angolan former refugees when it granted a blanket exemption to those who qualified‚ but would not provide reasons why it was limited to a period of four years.

In a landmark decision made last month‚ the Department of Home Affairs awarded rights equivalent to permanent residency to 1‚227 Angolans – many of whom have been living in South Africa for nearly two decades – after the Western Cape High Court ruled in November that the minister consider their applications to stay.

Department spokesperson David Hlabane said the minster considered the “special circumstances of each Angolan” and the decision was made in line with the Immigration Act.

“The Immigration Act provides for exemption to be granted for a specified or unspecified period‚” Hlabane said.

“The decision for four years is therefore in accordance with the act. As to what happens after four years‚ the department will make a decision at an appropriate time.”

Applicants without criminal records or pending police clearance certificates were granted exemption until 2021‚ and 72% of the 1‚702 who applied will now be entitled to all the rights of a South African citizen‚ except for voting.

Most of the applicants fled Angola in the late 1990s after civil war broke out and came to South Africa seeking asylum‚ but in 2013 the United Nations High Commissioner for Refugees declared Angola safe and their refugee status was revoked.

Government then awarded the former refugees two-year cessation permits‚ which expired in 2015‚ leaving those who remained in SA undocumented.

The decision by government not to grant indefinite residency to the group has ensured that their future remains uncertain‚ and has created further anxiety among many of the former refugees‚ including 47-year-old Abrantes Brito‚ who fears for his children’s future.

“We applied for [indefinite] permanent residency and that’s what we expected‚ not four years‚” said the businessman‚ who has lived in Cape Town with his wife and two children for 18 years.

“What is going to happen after that? Our children know nothing about Angola. This is their home. They see their future here and we hope they won’t live their lives as refugees.”

Miranda Madikane‚ director of the Scalabrini migrant centre in Cape Town‚ said they welcomed the decision to grant applicants rights of residency. However‚ there was concern over the uncertainty they would face again in 2021.

“These applications were based on the long stay of these applicants and their deep socioeconomic links to SA‚” said Madikane.

“We do not know the reason behind Home Affairs granting these applicants with permanent residency for only four years‚ but we will engage with the department and hope to understand the reasoning behind this decision.”

A data analysis by Scalabrini found a high rate of economic activity among the applicants. Over 90% of adult applicants are employed and nearly one in five own their own businesses. Nearly a quarter of applicants also have South African partners and children.