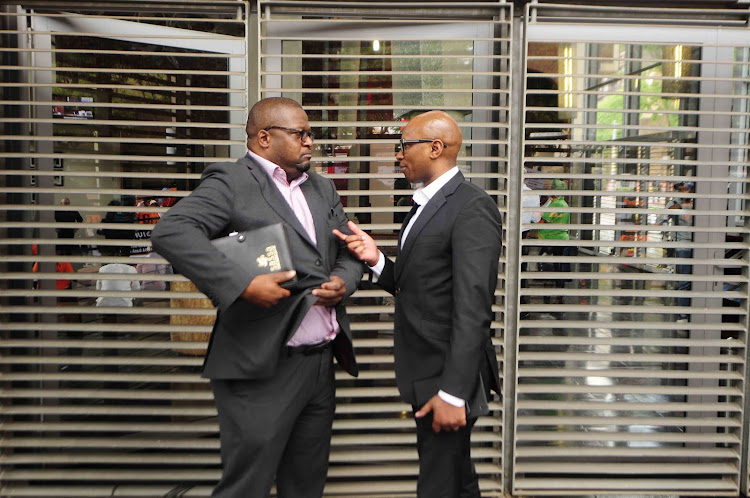 Following reports that his life was under threat‚ Magwaza has left the organisation.

Social Development Minister Bathabile Dlamini announced on Monday that she and Magwaza had agreed to terminate his services after a consultative process.

“The Department would like to thank Mr Magwaza for the role he played as the CEO of Sassa and wish him well in his future endeavours‚” the department said in a statement.

Magwaza clashed very publicly with Dlamini over the handling of the payment of social grants as the contract with Cash Paymaster Services (CPS) was nearing its end on March 31.

Magwaza is likely to testify against Dlamini in a public hearing set up to probe whether she should be liable to pay the costs from her own pocket for the payment crisis.

Magwaza also recently cancelled “work streams” set up by the minister to find the best solution for the payment of grants after Treasury indicated that the R47-million spent on them was irregular.

Magwaza refused to comment about his departure from Sassa on Monday afternoon.

Dlamini’s spokesperson‚ Lumka Oliphant‚ did not want to expand on the statement and did not give answers on when a replacement for Magwaza would be announced.

Oliphant said all the announcements would be communicated in due course.

The resignation of Magwaza also comes amid a Constitutional Court judgment in March which requires Sassa and the minister to periodically file reports with the court every three months‚ setting out how they plan to ensure the payment of social grants in-house after the expiry of the 12-month extension of CPS' services ordered by the court.

In April‚ Magwaza told the Constitutional Court that Dlamini had known since July 2015 of inadequacies in Sassa’s ability to pay grant recipients on its own.

Furthermore‚ Magwaza said Dlamini was in control of the process of Sassa taking over grant payments.

She appointed individuals who reported directly to her‚ Magwaza said in an affidavit filed with the court.

David Lewis‚ executive director of Corruption Watch‚ said there were a number of recent reports about Magwaza receiving death threats.

Lewis said Magwaza had taken over the task of sorting out the mess at Sassa.

“Everybody would have been much better off if the minister‚ and not the CEO‚ had resigned. He had to resign because of the impossible situation he was in as long as she was minister. She has worked to undermine Sassa.”

Lewis said Magwaza was the person who was leading negotiations with the Post Office to take over the payment of the grants from Cash Paymaster Services.

“We would be entitled to ask whether he had been pressurised to resign to derail those negotiations‚” Lewis said.

Scopa chairman Themba Godi said the committee was shocked and upset about this development.

“Mr Magwaza is hardly a year in office. He has left at the time when we were managing the transition from Cash Paymaster Services to the South African Post Office. We think this should not have happened for the sake of stability.”

Godi said this was not a good reflection for someone who had death threats against him. Godi said instead of Magwaza being supported by the minister‚ he was now leaving.

“We hope his departure does not derail the process of contracting the Post Office to take over the payment of social grants when the current term of CPS ends‚’ Godi said.

Earlier‚ Godi said he had a long discussion with Magwaza about the alleged death threats.

“As Scopa‚ we are shocked and angry at what is evidently brazen lawlessness by a criminal gang of rent seekers who want to intimidate Mr Magwaza out of his job so they can frustrate the Sassa/Sapo contract and instead open the door for the looting of public funds.”