Soldiers and police at SANParks entrance gates during strike 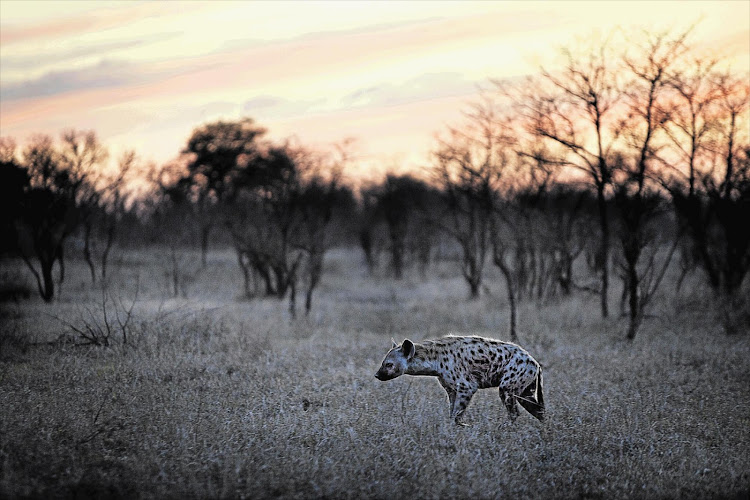 A hyena spotted during a game drive from the Rhino Safari Walk Lodge in the Kruger National Park.
Image: MARIANNE SCHWANKHART

South African National Parks (SANParks) management on Wednesday confirmed that “a number” of employees are on strike to demand higher wages but encouraged visitors not to cancel their planned trips to affected game reserves.

“We have activated our contingency plans in all parks and will be monitoring the situation closely‚” said SANParks Head of Communications Janine Raftopoulos.

“The South African Police‚ Services (SAPS)‚ South African National Defence Force (SANDF) and volunteers from the Working for Water have been posted at entrance gates to ensure safe passage to all those entering our parks.

“Guests travelling to any of our parks should continue with their plans as we aim to ensure that they enjoy their stay.

“We are also waiting for the finalisation of picketing rules‚” Raftopoulos said.

The strikers are members of the Health and Other Service Personnel Trade Union of South Africa (Hospersa).

The union stated that visitors to the parks would be affected in various ways.

“During the industrial action‚ the day-to-day services like housekeeping and visitors’ activities like guided walks and game drives will be disrupted while petrol filling stations will remain unmanned.

“Visitors will have difficulty accessing the parks at entrance gates and camp receptions where services will also be affected‚” Hospersa said.

Hospersa is demanding a 9% increase for their members while SANParks is offering 6% salary adjustment and a 1% pay progression with a total offer of 7%‚ according to SANParks’ Raftopoulos. She said the protected strike followed a conciliation meeting‚ facilitated by the Commission for Conciliation Mediation and Arbitration (CCMA)‚ which had failed to resolve their salary dispute.

She confirmed some employees “have abandoned their work stations in different divisions and parks”.

“After assessment of all National Parks we have found that there are pockets of areas where staff members either did not report for work or reported and then left as a result of the envisaged strike.”

She emphasised: “We have contingency plans in place for all parks to be able to serve our visitors. We do however encourage those who wish to make reservations do so via the Internet at www.sanparks.org for a speeder service.”