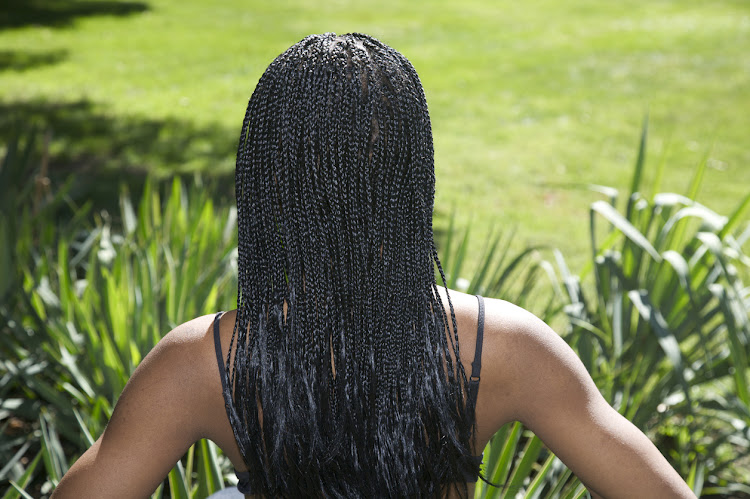 The school is accused of sending a girl home because of her 'inappropriate' hairstyle. File photo.
Image: Gallo Images/iStockphoto

A woman has accused a school in Gauteng of policing black pupils’ hair after her niece was sent home over her “inappropriate” hairstyle.

Siyabonga Ngwenya said on Facebook that her niece and other girls at Windsor House Academy in Kempton Park were kicked out of class and told “no girl will come back with that hair” on Monday morning.

My niece has not cut or changed her hair because we didn’t send her here for hair advice or to be bullied but to learn.

On Tuesday morning‚ Ngwenya went to the school to get an explanation.

“She’s in class as we speak. My niece has not cut or changed her hair because we didn’t send her here for hair advice or to be bullied but to learn. She tells me that their morale is low - how are you happy to come to school when you are treated and spoken to like that?” Ngwenya told TimesLIVE.

“Yesterday I was angry but somehow not surprised. The headmistress has been known to pull stunts like this‚ and worse‚ on the girls. Well‚ my niece has been there since grade 8‚ so we deal with it on a regular basis‚” Ngwenya told TimesLIVE.

The pupil’s mother‚ Nonceba Ngwenya‚ said she had decided to fight for her daughter and other children.

“If the principal has a problem with black hair‚ she must tell us. This is infuriating as I don’t understand why she is harassing our children like this. The worst part is that she doesn’t want to take accountability. She’s rude and disrespectful to parents‚” she said.

“On Sunday I braided my child’s Afro because sometimes the principal kicks them out because of their natural hair. But she decided to gun for the braids and left natural hair this time. My child is in grade 12 and this interrupts her learning.”

Africa holds the origins to a great hairstyle

After listening to the pupils’ complaints‚ Gauteng Education MEC Panyaza Lesufi resolved that the section of the school’s code of conduct pertaining to hair would be reviewed.