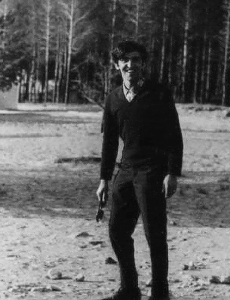 The inquest into activist Ahmed Timol’s death held in the Pretoria high court heard on Thursday that former apartheid police Sergeant Joao Rodriguez was praised by the police top brass for his role in the death.

Retired police officer and expert investigator‚ Frank Dutton‚ testified that Rodriguez received a letter of praise for his “exemplary” service to the state‚ two days before the magistrate exonerated police of any wrong doing for Timol’s death.

Dutton said he was surprised by this praise from the top‚ saying it was seldom that a police commissioner dished out such praises.

He said commendation letters were normally issued at provincial or district level.

Dutton was also surprised because Rodriguez had not received any letters of recommendation from his superiors‚ had no recorded achievements‚ medals for bravery or good service.

“Sergeant Rodriguez did not have a remarkable police career. He was employed in a clerical position in the finance section of police headquarters for his entire career…‚” he said.

Forensic pathologists have concluded that activist Ahmed Timol’s death was not caused by the fall from the tenth floor of the 13-storey John Vorster ...
News
5 years ago

Dutton testified that what was also curious about Rodriguez’s praise was that in June 1956‚ barely four months after joining the police‚ he was convicted of statutory perjury.

He said between February and November 1971‚ Rodriguez took a total of 301 days’ sick leave.

Dutton said these included 53 days of sick leave for sports related injuries‚ which would be regarded as injury on duty.

He testified that he had also perused police files of 28 security branch members and none of them contained similar letters of praise from the police commissioner.

“Rodriquez was the person in the room with Timol when he apparently (jumped out of the window)…The conclusion that I conclude is that Rodriguez was being commended for his role in the Timol matter‚” Dutton said.

He said Rodriguez should have been taken to task for his failure to stop Timol from exiting the window but this did not happen.

Dutton concluded that the original investigation into Timol’s “death amounted to a cover up of the truth".

Two forensic pathologists‚ who testified on Wednesday‚ concluded that Timol was barely alive when he fell.