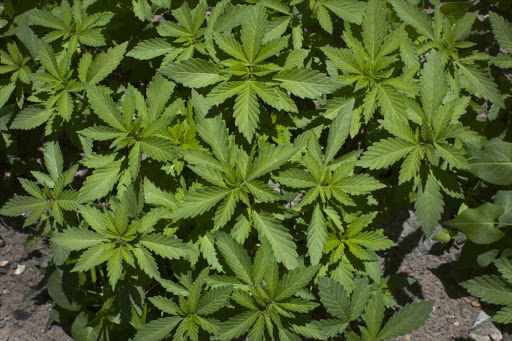 The world's leading scientific experts on dagga and its effects of the body will on Monday square off against each other in the "trial of the plant" brought by Lanseria residents Myrtle Clarke and Jules Stobbs. The pair commonly termed the 'Dagga couple' are fighting for what they say is the "re-legalisation of dagga" as it was only criminalised in 1903.

Seven government ministers have been taken to the Pretoria High Court to defend the ban on use of cannabis.

In 2010‚ the pair were arrested in their own home for smoking and growing dagga and if they lose this constitutional challenge‚ they could face prosecution for their own recreational dagga use.

The stereotypical idea and image of a cannabis smoker is a drop-out with dirty clothes and messy hair‚ complains Stobbs.

"Many successful professionals who are loving husbands or wives and parents will use cannabis‚" he states.

The pair hope the state will be well prepared for court so if they win‚ it is entirely deserved and puts the matter to rest "until the end of time"‚ said Stobbs.

Clarke says she hopes the best arguments will be heard. "We don’t want the state to lose. We want to win." The couple have flown in four top experts on cannabis' effects on the body‚ including Professor David Nutt‚ the Edmond J Safra Chair in Neuropsychopharmacology at London's Imperial College‚ author of over 400 scientific papers and 27 books.

Nutt's paper in the Lancet‚ one of the world's most prestigious medical journals‚ quantified the personal and societal harm from drugs. He found alcohol was the most harmful drug with heroin coming second and crack cocaine third. Nutt's research rated cannabis was 11th on the list‚ way behind tobacco and benzodiazepines - commonly prescribed anti-anxiety drugs that include Valium.

Donald Abrams‚ Professor of Clinical Medicine at the University of California San Francisco and Chief of Haematology and Oncology at San Francisco General Hospital‚ is another scientific expert who has done extensive research on medicinal use of marijuana.

The state is arguing cannabis use is "harmful to the health and wellbeing of members of the public".

"It is causes psychological harm to individual users and is dependence producing"‚ argue the government papers.

State witnesses include Harvard Medical School Professor Bertha Madras who argues there is a strong association between marijuana use and psychosis or schizophrenia. She claims evidence shows that marijuana lowers the age of onset of schizophrenia for those with predisposition‚ and it is associated with "degraded brain" function‚ psychiatric symptoms‚ reduced educational' and employment achievement in users.

It also increases risk of car accidents and reduces motivation. Madras argues there is not much scientific evidence from independent research to support the multiple health claims for the drugs made by its supporters. Stobbs says "the ban on cannabis use is not to save people from themselves. It is to control people. Prohibition is about control."

The dagga couple also argue that locking up people who use dagga is an affront to their constitutional right to dignity and the consequences of incarceration go far beyond the harms caused by the victimless "crime" of smoking a joint.

South Africa has to move with the rest of the world‚ where some European countries and American states are legalising cannabis and benefiting from tax money‚ argue court papers.

Stobbs quotes local research that the cost of arresting small time users of dagga is R3.5-billion a year‚ which he claims is wasting policing resources.