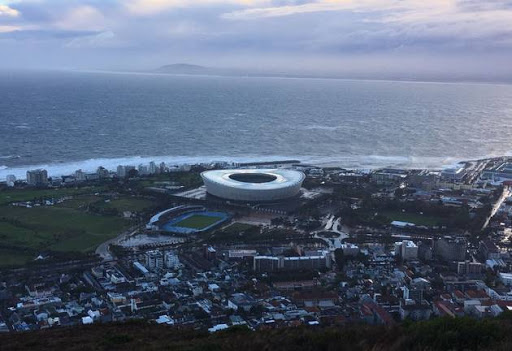 The “storm of the century” that hit Cape Town on June 7 produced the biggest waves for 39 years. But at 11 metres‚ they were tiddlers compared with a 20.5-metre wave in 1978.

The June storm‚ which left a trail of destruction across the city‚ closed all schools in the Western Cape and fuelled the Garden Route fires‚ produced wind speeds exceeding 120km/h‚ the Council for Scientific and Industrial Research said on Wednesday.

Why things are really hotting up for SA

Temperature increases well above the global average, but SA is working on alleviation
News
4 years ago

It said the “unusually large and violent storm” produced waves as high as the Nelson Mandela statue at the Union Buildings. They were measured by a CSIR buoy anchored south-west of Kommetjie‚ in the southern Cape Peninsula.

CSIR coastal technologist Sarel Haasbroek said the probability of a similar storm was 2.5%-3% a year. “The number of these wave events occurring in the next 30 to 40 years is one‚” he said.

Haasbroek said waves slightly smaller than those in June were recorded in 2001 and 2002‚ but this year’s were part of “an extraordinarily large storm produced by exceptional conditions”.

The storm produced another unusually large swell‚ albeit only 70cm high‚ at the container terminal in Schoeman Dock in Cape Town harbour.

Cape Town remains gripped by critical water shortages despite being lashed by torrential rains last week in the region's worst storm in 30 years, ...

“Although this may not seem to be a very high wave‚ it was the biggest long-wave condition recorded in the Port of Cape Town to date. Such long waves may ... cause ships to part from their moorings‚” said a CSIR statement.

It said wave measurements were vital for the design of offshore structures‚ for weather and sea-state forecasting‚ and helped in understanding the relationship between wave conditions offshore and long-wave conditions in a port.

The CSIR‚ in partnership with Transnet‚ monitors wave conditions near the main ports — Saldanha‚ Cape Town‚ Ngqura near Port Elizabeth‚ East London‚ Durban and Richards Bay — and long waves inside the ports of Ngqura‚ Cape Town and Saldanha Bay.