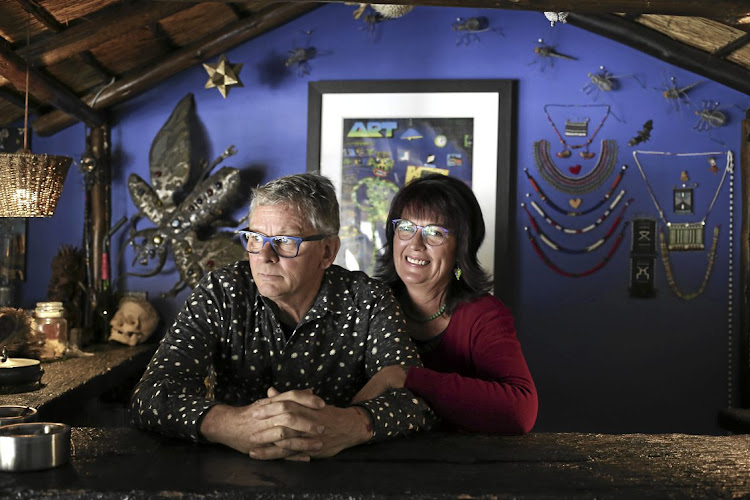 The state has not handed in its evidence that explains with studies or experts‚ why it is opposing the bid to have the law that criminalises the use of dagga unconstitutional.

This emerged in the Pretoria High Court on Wednesday when the Dagga couple's advocate Don Mahon said he was yet to receive it. It was due on March 30‚ he told the court.

Johannesburg residents Jules Stobbs and Myrtle Clarke‚ charged with possession and dealing in dagga‚ have brought a case against seven government departments to have the laws banning dagga use unconstitutional and sent back to parliament to be changed.

The state spent Wednesday trying to have much of the evidence supporting the adult use of dagga thrown out of the trial.

Mahon was responding to the state's bid to have all the annexures to the dagga couple's evidence struck out of court‚ when he mentioned the state had not provided their evidence.

The annexures are scientific reports and academic literature that form the basis for the expert witnesses' arguments that dagga should be allowed for medical and recreational adult use.

The dagga trial is yet to get off to a convincing start as the state has asked that certain portions of evidence on the effects of dagga use be ...
News
5 years ago

The state advocate‚ Leah Gcabashe SC‚ argued much of the annexures were irrelevant and cited an article on pregnancy in middle class women.

Judge Natu Ranchod asked if he did not first have to hear evidence before deciding if it was irrelevant.

Gcabashe also asked that the parts of the case dealing specifically with medical marijuana not be heard as there is a bill before parliament to discuss this.

But Ranchod was not convinced as he said a law on medical marijuana was not enacted and thus the court could discuss this subject.

"They had 10 months to read the annexures."

He has asked that the costs of defending this application - about a day and half of court's time - be paid by the state.

The case had been managed by a judge with meetings between parties so that complaints of this nature could be dealt with before the trial and not delay the trial‚ he said .

However day three of the trial was spent debating what evidence should be allowed‚ when it should have been done before the trial‚ which the judge pointed out in court.

Doctors for Life advocate Reg Willis said in court that some of the annexures were extremely long such as one witness summary of 400 pages and he complained about reading them.

But Mahon said these annexures included scientific studies to support the claims arguing for the use of dagga.

"With respect trawling through documents is what we [advocates] do."

"They are complaining we gave them the information too early [ten months ago] and gave them to much work to do‚" he said.

Mahon said the very first complaints about the dagga couple's evidence came in March ten days before the state and Doctors for Life had to provide their own evidence for their views.

He believes the complaints were to defer them from having to provide evidence.

"They had done nothing."

The state is arguing dagga is harmful to society and individuals and that it is addictive and causes psychological problems but has not explained yet in legal papers why it says this.

Clarke and Stobbs said to TimesLIVE before the case they hoped the state had a strong case against their bid to have the law criminalising dagga declared unconstitutional.

They said they wanted to "win the case rather than have the state lose the case".

The state advocates did not answer TimesLIVE questions as to why all their evidence was not yet submitted.

Dagga legalisation trial can be live-streamed

The dagga trial can be televised…for now.
News
5 years ago

Can dagga couple broadcast their own case?

Do a couple have the right to broadcast a legal case they are part of?
News
5 years ago

"Dagga couple" Jules Stobbs and Myrtle Clarke's attempt to have their court bid for the legalisation of dagga live-streamed hit a snag yesterday.
News
5 years ago

The world's leading scientific experts on dagga and its effects of the body will on Monday square off against each other in the "trial of the plant" ...
News
5 years ago