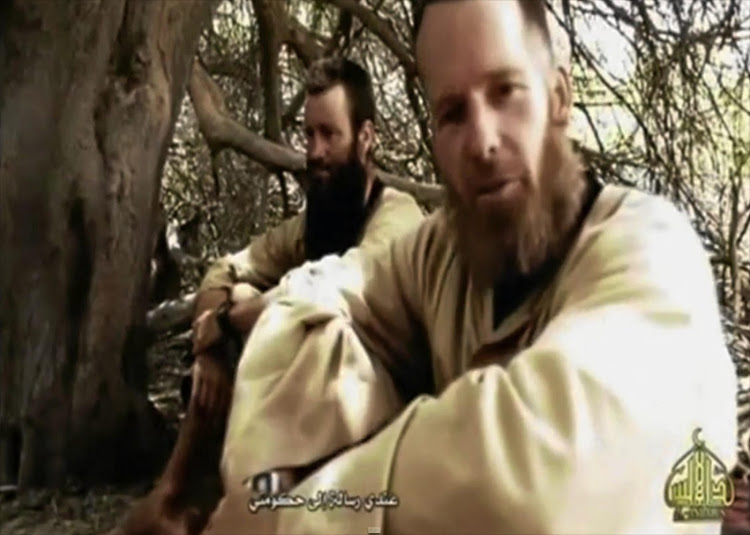 The release of Stephen McGowan‚ who had been held hostage by Islamist militants in Mali since 2011‚ is a “great moment"‚ says Gift of the Givers‚ an organisation which had been negotiating his freedom.

“We are excited‚ especially for his family. We’ve seen their anguish. Stephen’s mother died before she could see him released. We saw his father’s pain. We were there with them since Stephen was held hostage‚” said its founder‚ Imtiaz Sooliman.

“This is a great moment for us. His release has come at a good time when we will be celebrating our 25th anniversary on Saturday‚ so this is a gift for us.”

McGowan was released on Saturday. Sooliman said he got a message on Monday notifying him of his release.

“I got a message from Mali that he had been released. He is now home with his family.”

Sooliman said the organisation will give McGowan space to bond with his family.

“They need to bond. We will give them space and we will talk with them afterwards‚” he said.

She said the South African government did not pay any ransom for his release.

McGowan was abducted while seated in a restaurant in Timbuktu. He was in a country as a tourist‚ travelling by motorcycle.

In May‚ his family sent a message of hope to mark 2‚000 days since McGowan and Swede Johan Gustafsson were captured by an Al Qaeda linked organisation called AQIM. His father Malcolm told TimesLIVE this what was he wanted to convey to his son: “Hang in there. Be strong. Life is worth living‚ so live day by day.”