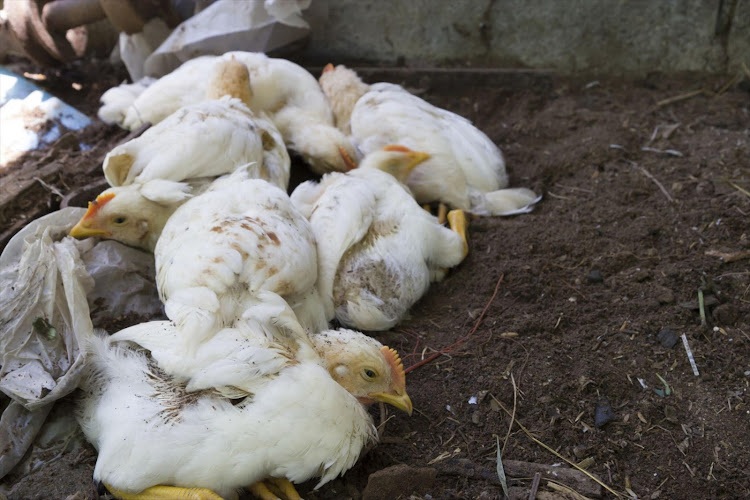 A contagious strain of bird flu is spreading through poultry in Mpumalanga.
Image: Thinkstock Images.

Two months after the initial outbreak‚ further cases of H5N8 avian influenza have been reported on a farm in Mpumalanga.

The South African Poultry Association (SAPA) and the Poultry Disease Management Agency (PDMA) said this was reported by Astral Foods Limited (Astral) on a farm owned by the company in Standerton in the Lekwa District Municipality.

“The Welbedacht Farm is a breeder Farm with 48 houses and one of the houses was said to have infected birds. The farm has been quarantined and the national and provincial Departments of Agriculture Forestry and Fisheries (DAFF) have implemented the required control measures‚” the association said in a statement.

H5N8 is a rapidly spreading viral disease that can infect many types of birds. It exists naturally in many birds and can be transmitted through contact with infected animals or ingestion of infected food or water.

According to the organisation‚ the latest incident brings the number of outbreaks on commercial farms over the past few weeks to five.

However‚ it added: “despite this‚ the birds affected are still a very small percentage of the total South African chicken flock with very limited impact on the supply of poultry products”. The association reminded consumers that the current strain of bird flu has not been found to be dangerous to humans‚ as confirmed by the World Health Organisation and the World Organisation for Animal Health.

AgriSA is concerned about the impact that the suspension of the agriculture director general will have on the industry‚ the farming body's president ...
News
4 years ago

Anti-apartheid activist and author Raymond Suttner will reunite with the man who gave him a lovebird for companionship while in solitary confinement.
News
4 years ago

A highly contagious strain of bird flu has been confirmed at two more locations in SA‚ bringing the total of affected farms to four.
Business Times
4 years ago