Uber SA accused of not caring for safety of its drivers 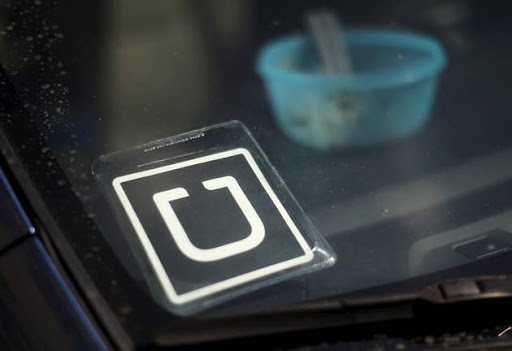 Uber South Africa is being accused of not valuing the safety of its drivers.

The claim comes after an Uber driver allegedly had acid poured on his face and hands by a male passenger on Sunday morning. The attack occurred in Northcliff‚ Johannesburg‚ and the 51-year-old driver sustained critical burn wounds.

“We have been pleading with Uber to revisit the cash trip system or to improve its rider verification process but the company continues to ignore our requests.

“Drivers are being hijacked and assaulted while Uber behaves as if a life of a driver is not important or it can be replaced‚” said Uber Drivers Movement spokesman Zweli Ngwenya.

Ngwenya said this on Monday after the movement visited the affected driver in hospital.

Uber South Africa is aware of the Northcliff attack.

It said the attack is “deeply upsetting” and it is investigating the matter.

Family of acid attack victim say it was not racially motivated

A relative of a 33-year-old Johannesburg Uber driver who has sustained chemical burns after being attacked with acid believes the attack was not ...
News
4 years ago

The transport service refused to further comment on the matter or respond to accusations made by the drivers’ movement‚ saying it will release a statement on Tuesday.

Police have opened a case of hijacking and attempted murder.

No arrest has been made.

“We are searching for a white male who called the Uber service from Sophiatown. According to gathered information‚ the suspect poured acid on the driver’s face when they where in Northcliff.

“The victim ran out of the car and the suspect driver drove off with his car.

“The vehicle has not been recovered‚” said police spokesman Kay Makhubela.

Makhubela said the motive for the attack is not yet known. He said police are not aware of other violent crimes affecting Uber drivers in the Northcliff or Sophiatown areas.

Western Cape police have launched a manhunt for an Uber driver who allegedly sexually assaulted a 26-year-old passenger in Cape Town.
News
4 years ago

Uber Drivers Movement said the opposite‚ claiming that violent crimes against Uber drivers are on an increase in Johannesburg.

“There has been a spate of robberies at gunpoint and an alarming number of hijackings all on cash trips.

“People don’t require a form of identity when they sign up and there is no way to trace perpetrators.

“We have tried to engage with Uber on this matter but they always dismiss us because they think we don’t have enough members‚” said Ngwenya.

Ngwenya said the Uber Drivers Movement has more than 700 registered members on its database but the number of Uber drivers servicing the Johannesburg area is above 4‚000.

The drivers and the family asked for the name of the victim to be withheld.

In the midst of ongoing violence against app-based transport service providers, allegedly at the hands of metered taxi owners, police minister Fikile ...
TshisaLIVE
4 years ago

Lindelani Mashau's family had hope that he would pull through‚ even after he was horrifically injured when his car was set alight in Pretoria last ...
News
4 years ago