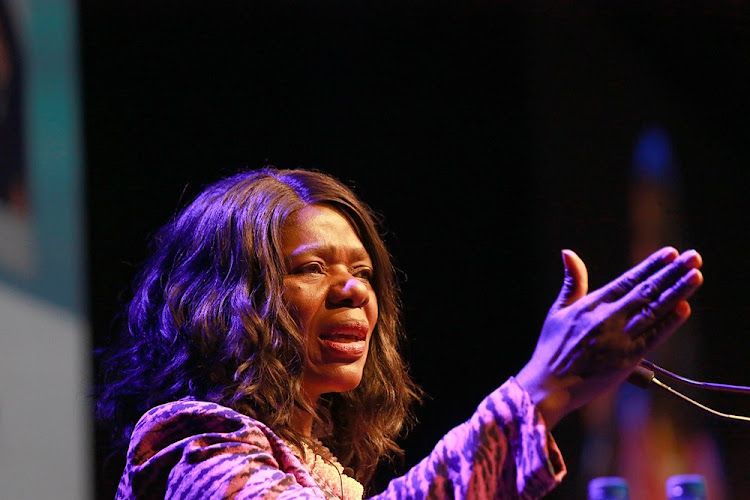 Madonsela‚ who was a guest speaker at the FNB Business Women’s Breakfast in Durban on Tuesday‚ was not encouraging mischievous behaviour - but rather pushing for women to emulate their 20‚000 counterparts who marched to the Union Buildings on 9 August 1956 to protest against the carrying of passes. Women's Day pays homage to those women who spoke out against apartheid oppression.

“Those women of 1956 stepped out of line‚ not for success‚ but for pursuing good. Step out of line if you must. In future‚ we may thank you‚” Madonsela told the large gathering of professional and business women.

Madonsela also urged women to “step up and step out” to heal South Africa’s past.

“There is an anger that is brewing in this nation. Women can be the healing force‚" she said.

Madonsela said she had faith in the leadership prowess of women.

“With men in the front‚ a lot of good things have been done‚ but we have inherited a torn world. It’s time to change. But what kind of leadership can change? I think when we lead authentically and ethically.

“There is no doubt that women can lead‚ but they must lead as themselves…lead authentically…not as a proxy of our dear brothers‚” she said.

Touching on her younger years‚ Madonsela admitted she grew up “feeling extremely odd”.

She said she had always questioned everything‚ which was perceived as odd.

Madonsela warned that attaining success should not be at the expense of ethics.

“If you sell your soul to rise speedily‚ the downward journey will be even faster. Today the worst thing you could do ever is to lose your name. When the sound of your name induces shame‚ that’s sad.”

Edward Zuma, that great font of political wisdom and the embodiment of moral rectitude, says it was "never my intention to offend anyone by ...
Opinion & Analysis
5 years ago

Former public protector Thuli Madonsela has called on all those implicated in the leaked Gupta emails to come forward and clear their names.
Politics
5 years ago