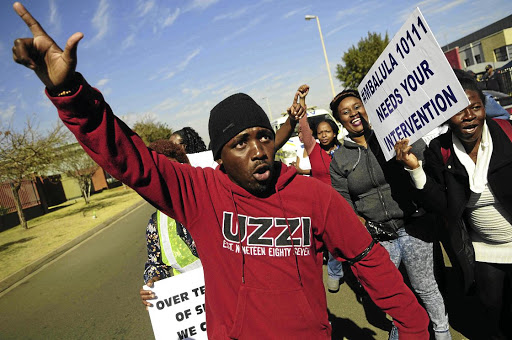 The South African Police Service was on Friday granted an interdict preventing 10111 employees who are on strike from intimidating those who are not participating in the labour action.

The SAPS approached the Labour Court on Friday over a SA Policing Union (Sapu) picket protest outside a northern Johannesburg 10111 call centre.

“Since Friday last week‚ Sapu affiliated 10111 employees who are striking at the Midrand Call Centre have been sporadically intimidating and threatening non-striking employees.

Speaking to TimesLive in the afternoon‚ De Beer said the court ordered Sapu and Police and Prisons Civil Rights Union (Popcru) members who are striking to not intimidate the non-striking workers.

“They may continue with the picketing‚ but they must conduct themselves in a lawful manner‚” De Beer said.

The 10111 call centre handles thousands of emergency calls per day and acts as a nerve centre to coordinate the responses of various police units.

Sapu is demanding salary increases recommended by a task team set up by suspended police commissioner Riah Phiyega in 2013.

Nearly 5‚000 operators represented by Sapu embarked on a strike last month‚ forcing the SAPS to deploy police officers to the 10111 call centre.

The strike action was temporarily suspended but has since been reinstated after negotiations deadlocked.

The SAPS said contingency plans are still in place at all 10111 call centres‚ “which continue to run efficiently with the strike having a minimal effect on service delivery".