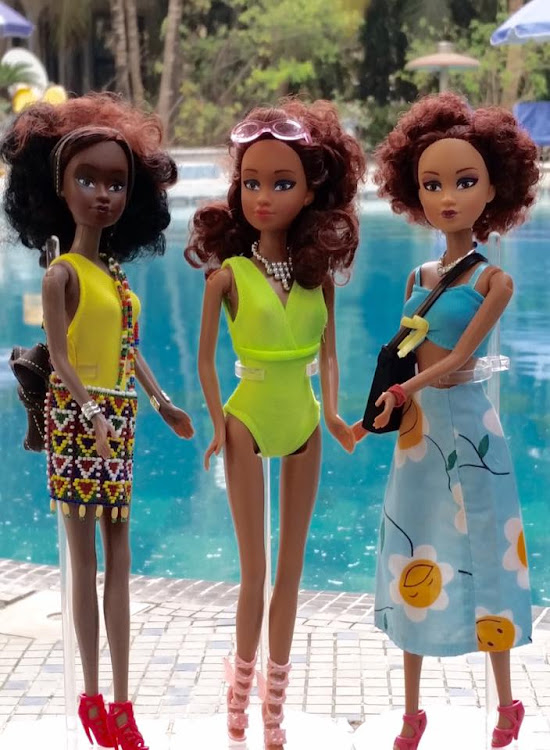 A group called the Black Centric Forum has launched a petition against the sale of white dolls at black communities.

“And because of their historical credence‚ ‘White Baby Dolls’ have outplayed Black Baby Dolls even in the Black community since White Dolls are present in every corner and probably in most Black Families and this in essence perpetuates the continued doctrine of white supremacy devised in its visibility in the Black community‚” the petition said.

Vukulu Maphindani‚ who founded the forum‚ told TimesLIVE that the forum hoped to see black dolls being sold at major retail shops across South Africa.

Actress Enhle Mbali Maphumulo has revisited the "pain, abuse and racial slurs " she experienced because of her interracial relationship on 7de Laan.
TshisaLIVE
5 years ago

Maphindani is the author of a book titled Message to a Blackman in Africa. The forum is made up of activists and more than 300 volunteers who run campaigns in communities

“We are tired of the inferiority that comes with being a black‚ especially since this is something they are taught at an early stage in life. All we want is for all white dolls to be completely removed from shops operating in black communities and for companies producing black dolls to feature in the market‚” said Maphindani.

The petition which will be delivered to Shoprite‚ Pick n Pay and later Parliament has attracted 78 endorsements and is left with 22 to reach the target of 100.

Khulile Vilakazi-Ofosu‚ a co-owner of Sibahle Collection‚ an online store that sells black dolls‚ said that she wanted to make a toy that a black child could identify with.

After her two-years-and-a-half year daughter wanted straight and wavy hair similar to that of white people‚ she felt compelled to make her embrace her skin and hair.

“She looks like me‚” said Vilakazi-Ofosu’s daughter after seeing her black doll for the first time.

Strong SA women who should feature in future history books

Our country has no lack of black women who have fought proudly and bravely in standing up to oppression. It’s time they were recognised
Lifestyle
5 years ago

“All I want is for the African child to know that they are beautiful. All the dolls you find are Barbie with facial features of white people‚ from the nose to hair‚ so I wanted something that truly represents a black child.

“Its humbling when parents come to me and thank me for the difference the dolls make in their children’s perceptions of the world and their blackness‚” Vilakazi-Ofosu said.

Vilakazi-Ofosu said that it was hard starting a business of this nature as many manufacturers did not want to take up such a concept.

“There is no market for it‚” manufacturers would say.

“It’s hard for small businesses to supply larger retail stores. I rely on courier services and my own shop.

A Durban student has decried another apparent racist attack at a KFC - this one at the drive-through in Westville‚ Durban‚ on Monday.
News
5 years ago

“I started this business because I want black children to understand who they are. Thinking about it‚ cartoons and important images in society are not representative of black people. We are beautiful‚ with our dark skins and hair‚” Makgoba said.

“They are damaging our children's view of beauty‚” Jabulane Tshabalala commented in support of the petition on Change.org.

David North‚ spokesperson at Pick n Pay‚ said that the company would only be able to formulate a comment after the petition had been handed over.

“There is a wide range of toys and dolls at our stores to choose from‚” North said.

The other retail stores in question were approached for comment but had not yet responded at the time of publication.