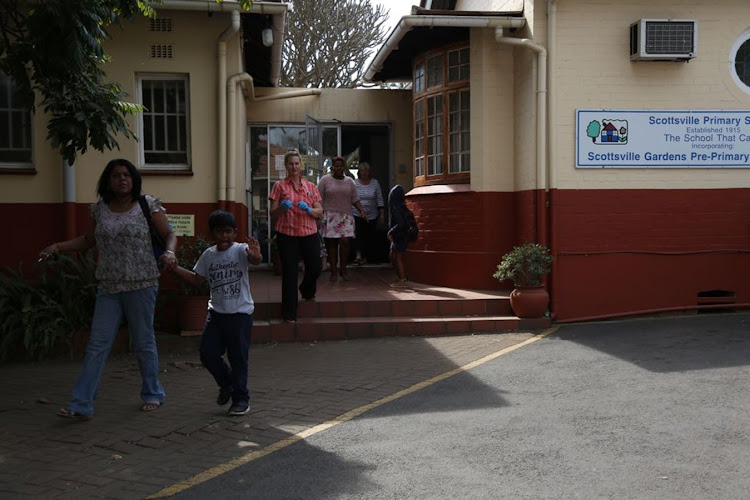 Parents from Scottsville Primary School in Pietermaritzburg pick up their kids after the school was closed due to noxious smoke coming from a rubbish dump fire.
Image: JACKIE CLAUSEN

Pietermaritzburg residents woke up to clouds of billowing smoke and an acrid stench engulfing the capital city on Friday morning.

A number of schools in the city were forced to shut their doors after the stench‚ believed to be emanating from the city’s dump‚ overwhelmed pupils. It is understood that the city’s dump had caught fire on Thursday night‚ exactly a year after a fire swept through the landfill site.

A firefighter who refused to be identified said a small team was battling to contain the blaze with limited resources.

"We only have one or two trucks operational and they’re not in a good condition.We are chronically short-staffed. We can’t be sure what caused the fire. It could be spontaneous ignition or it could have been started by scavengers picking through the dump‚" the firefighter said. 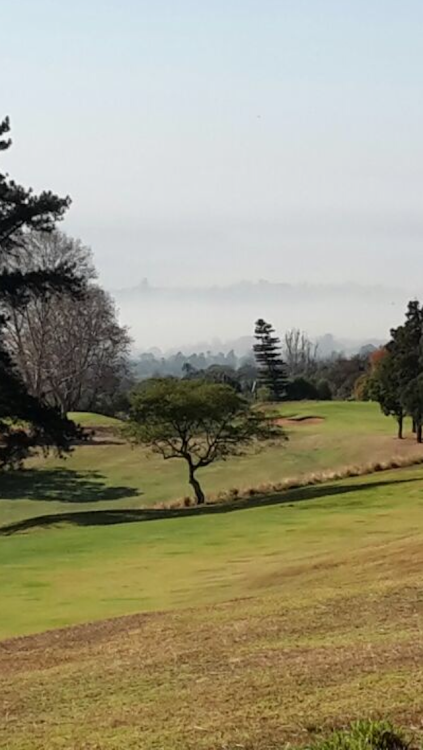 PICTURE: SUPPLIED Smoke has engulfed swathes of Pietermaritzburg due to a fire, apparently at the municipal dump. This picture is taken from the Victoria Country Club.
Image: Supplied

He added that noxious fumes were being emitted from the dump‚ which posed a danger to asthma sufferers.

"Firefighters are fighting the fire with no proper safety equipment. That’s a big concern."

Leon Grové‚ principal of St Nicholas Diocesan School‚ confirmed he had sent pupils home. Initially the school had planned to take its boarders on a picnic to World’s View - the highest point in the city - to get above the smoke cloud.

However‚ with the wind changing direction‚ they shelved their plans.

A government official posted a picture of the smoke-engulfed city to social media on Friday morning.

"Every once in a while you get to this town and find it covered in thick clouds of smoke and a pungent burning smell. Usually no-one seems to know where it’s from and what’s causing it. And people sommer carry on with their lives likes its no thang. Today is one of those days. Strange place indeed‚" the official said in the post.