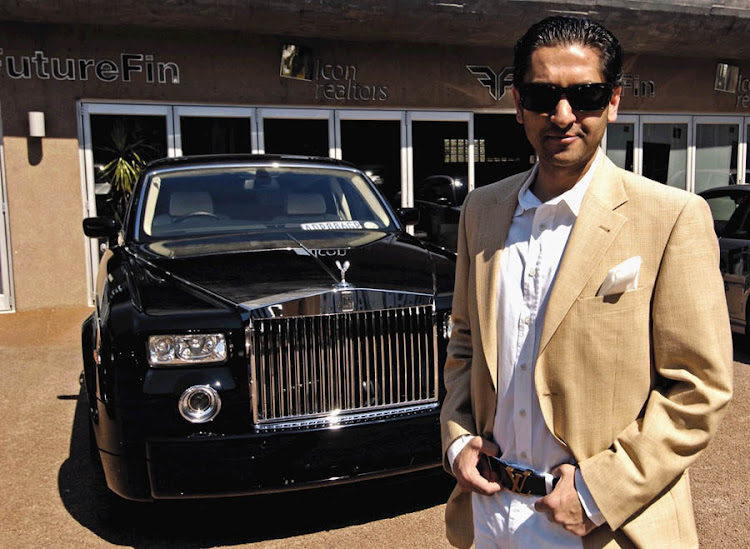 South African business tycoon Zunaid Moti‚ in a high court application‚ has called on President Jacob Zuma and his government to help him hold off an international arrest warrant for him.

The matter‚ which has him requesting assistance from the ministers of police‚ home affairs and South Africa's chief representative for Interpol‚ was heard in the Pretoria high court on Tuesday. Judgment has been reserved.

In June‚ the international policing agency issued a red notice for the arrest of Moti‚ his father‚ Abbas Aboo Baker Moti‚ and their business associates‚ Ashruf Kaka‚ and Salim Bobat.

A red notice is issued by Interpol when countries are unable to arrest suspects who have fled their policing jurisdictions.

The warrant‚ say the suspects‚ is based on falsified information supplied to Lebanese authorities. The warrant pertains to the alleged theft of R6.6-million from Russian businessman Alibek Issaev in an apparent bogus mining deal.

Issaev‚ who attempted to partner with the Motis in their ferrochrome smelter business in 2013‚ has been convicted in Dubai for the theft of a R500-million diamond from the Motis. He obtained the 50.66-carat diamond from them undertaking to sell it in Russia. Issaev neither sold nor returned the gem.

Assistant state attorney Nelson Govender‚ in an opposing affidavit‚ said the Motis’ application was “so flawed” that it should be dismissed with costs.

“The final decision to extradite a South African citizen or anybody arrested in South Africa‚ in terms of extradition proceedings‚ is with the Minister of Justice.

“The applicants glaringly failed to join the responsible minister as a respondent which clearly makes this application flawed.”

Govender‚ in the State's affidavit‚ added that the duties and responsibility for any consular protection‚ “if such a right even exists”‚ lay with the Minister of International Relations and Cooperation‚ “who is not a party before the court.

“It can never be argued that the President carries such a responsibility.”

Moti off hook, but NPA may step in

Relieved to be off the hook after the state this week withdrew charges of conspiracy to commit murder against him, flamboyant businessman Zunaid Moti ...
Lifestyle
9 years ago

Govender said only once such a request was processed properly through all the executive channels could the President consider the matter.

“The President considers a host of considerations including foreign relations and constitutional rights of the citizens involved in such a procedure.”

He said Lebanese authorities had not made a formal request to extradite the suspects.

“The applicants are not at risk of being arrested. They have tried to interdict the President in advance to consider a theoretical possibility‚ if it ever occurs‚ despite the fact that he is duty bound to consider it and even refuse it.”

Kaka‚ speaking to TimesLIVE outside court‚ said the State had taken a narrow view on their application.

“They have missed the point. The arrest warrant was issued based on fundamentally flawed information.

“It’s based on information that we travelled to Lebanon‚ which none of us have ever done in our lives. This has been verified by an independent third party.”

He said for the alleged offence to have occurred they would have to have been in Lebanon‚ “which we were not”.

Kaka said the state was arguing that the President must not be limited in his executive powers‚ but all we are doing is asking the State to hold off on effecting the warrants‚ while we resolve the matter in Lebanon‚ through that country's courts‚ and in France through Interpol's oversight body.

“We are not asking the State to get rid of the Red Notice. We could not as they have no jurisdiction to do that. That's what we want Interpol to do. We just want time to resolve this matter which is infringing our rights and is an abuse of Interpol's systems.

“The assertion by the police and State that we will not be arrested is cold comfort. This matter is urgent‚ because we are listed as international fugitives which means we can be arrested at any time.

“They say they will not arrest us‚ yet they are opposing our application. Why?”

He said they believed their application was being opposed because it would open the floodgates and that people who have Red Notices in their names would want to pre-emptively stop the processes.

“Ours is different in that processes used to obtain the warrants for our arrests are fundamentally flawed.”