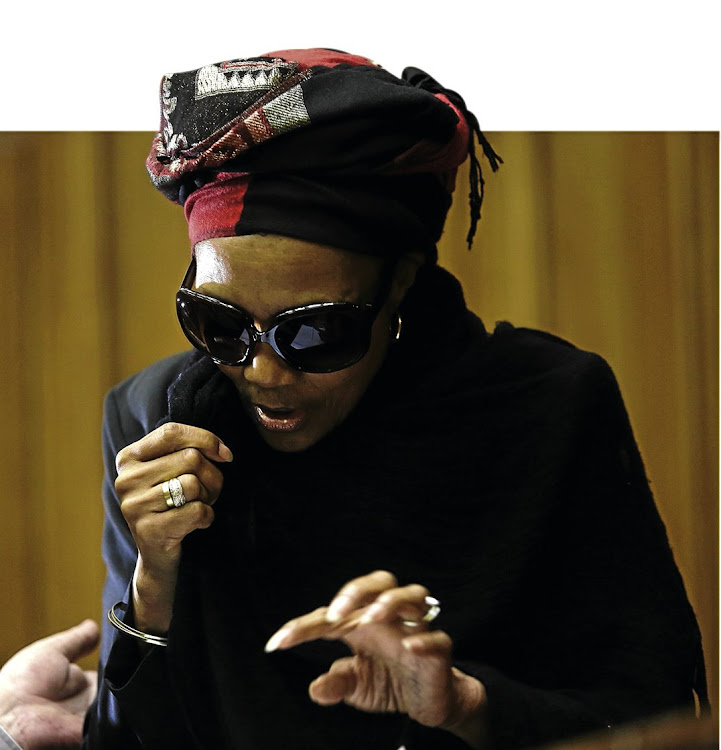 Disgraced businesswoman Thandi Maqubela’s prospects of having her murder conviction overturned by the Supreme Court of Appeal are slim.

The appeal process only frustrates the winding-up of the late Acting Judge Patrick Maqubela’s estate‚ according to her in-laws.

The SCA is hearing Maqubela’s appeal on Tuesday. She was handed an 18-year prison sentence for murder by the High Court in Cape Town in 2015. The former nurse was also found guilty of forging a signature on a will that declared her the sole beneficiary of the acting judge’s estate.

Count Maqubela‚ the acting judge’s nephew and family spokesman‚ said the family was confident the SCA would turn down the application.

“It is a big bother‚” he said. “But as people close to the case‚ we know that the prospects of success are in the appeal are slim. She [Maqubela] should have dropped all this and serve her sentence. We don’t foresee a different outcome.”

Count said the “endless court applications” were straining family relations. “My uncle had children from a previous marriage who are beneficiaries of his estate and these appeals are frustrating the process of winding up the estate‚” he said.

“Remember‚ she can’t be convicted of murder and still benefit from the estate. My uncle’s children want to put the saga behind them and continue with their lives.”

He said Maqubela’s children had lost both parents in the saga. “Their elder brother‚ Duma‚ from a previous marriage‚ made overtures to them trying to embrace them as his siblings. But they told him that their mother never told them anything about them. In other words they were saying‚ ‘we don’t have anything to do with you‚” said Count.

Count is one of the witnesses who testified in Maqubela’s trial. He was the person who raised the alarm when the acting judge’s phone rang answered for almost two days.

Handing down sentence‚ Judge John Murphy said the humiliation Maqubela suffered during the trial and her age were mitigating factors.

“I also take into account that the accused is now 60 years old‚” Murphy said. “The aim of the sentence is not to destroy the accused. Moreover‚ justice should be tempered with an element of mercy. I also accept that the accused has suffered public humiliation.”

Murphy said the state had failed to prove that Maqubela conspired to kill her husband. He said the crimes she committed were driven by greed and she stood to benefit to the tune of R4.1-million from her husband’s estate had she succeeded.

According to the state‚ the acting judge was murdered on June 5‚ 2009. His body was found in his bed in his upmarket flat in Sea Point‚ Cape Town‚ two days later.

Money, sex, jealousy — the motives for murder have a gender bias, new research shows, and are often complicated by mental disorders
News
4 years ago

There have been at least 1‚200 assassinations or organised killings in South Africa from the year 2000 to date.This is according to Assassination ...
News
5 years ago

"Black Widow" Thandi Maqubela, who is serving an 18-year sentence for killing her judge husband, is confident she will be home for Christmas. ...
News
6 years ago

'Black widow' unlikely to get a cent

The widow of Acting Judge Patrick Maqubela, convicted of murdering him and forging his will, will not get a cent out of his estate if a court ...
News
7 years ago

The arguments in mitigation of sentencing that a social worker presented for convicted killer Thandi Maqubela were challenged in the Western Cape ...
News
7 years ago

Almost six years after acting judge Patrick Maqubela was killed by his wife, the process of sentencing her resumed in the Cape High Court yesterday. ...
News
7 years ago

The Western Cape High Court has given convicted killer Thandi Maqubela more time to file papers against a court order that resulted in her share of ...
News
7 years ago

Convicted killer Thandi Maqubela will hear next week whether she has been granted bail or will spend Christmas in Pollsmoor Prison in Cape Town. On ...
News
8 years ago

Thandi Maqubela's suspicious conduct around the time of her husband's death points to an unnatural cause of death, Judge John Murphy said in the ...
News
8 years ago