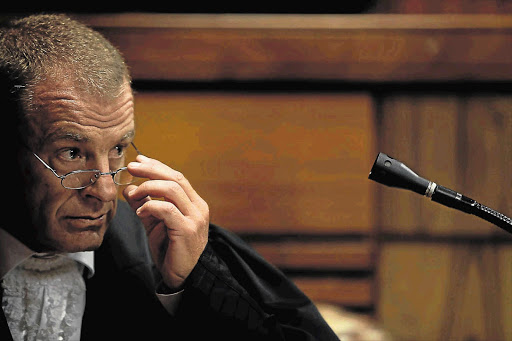 A private prosecution would be a consideration if the case was not properly handled‚ Nel told an AfriForum organised media event in Centurion on Thursday.

Gabriella Engels‚ 20‚ deserved support because everyone should be equal before the law‚ he added.

There is a seeming impasse SA authorities and Mugabe’s team‚ as it is believed she is seeking diplomatic immunity.

WATCH: Spotlight on Grace Mugabe - What is diplomatic immunity?

Grace Mugabe, has asked for diplomatic immunity after being accused of assaulting a model in Johannesburg. Anim van Wyk explains how diplomatic ...
News
4 years ago

The alleged assault was reported to have taken place at the Capital 20 West in Sandton on Sunday. Engels said Mugabe had beat her with an electrical extension cord and opened a case of assault against Mugabe on Monday.

Nel said he was unhappy with how the case had been handled by police so far.

He would be monitoring the work on the police and the national prosecuting authority‚ he said.

AfriForum said it was facilitating access to trauma counselling to Engels.

Engels was quoted by AfriForum on its social media platforms as saying: "One feels powerless if you are the victim of violence by a person like Mrs Mugabe‚ who occupies a position of power".

#GerrieNel and @afriforum announced that they will support Miss Engles to see that justice prevails in the assault charge. #gracemugabe