IN PICTURES: It's snowing and SA is loving it! 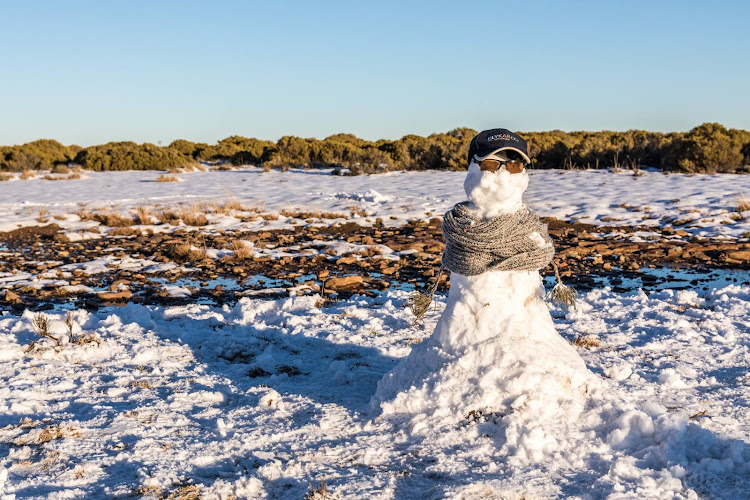 It's snowing in Graaff-Reinet in the Eastern Cape.
Image: Fly Karoo Air Services

Social media was all about the snow on Thursday morning as up to 30cm of the powder fell over four provinces.

In the Eastern Cape snowfall was expected near Barkley East and Rhodes and across most of the Drakensberg‚ extending into KwaZulu-Natal‚ according to Weather SA forecaster Wayne Venter.

There was also light snowfall in the southern Free State and on the mountain peaks of the Western Cape.

The South African Weather Service sent out warnings for “disruptive snow fall” and localised flooding was also expected along the Wild Coast and along the KwaZulu-Natal coastline.

Here are some of the highlights:

Posted by The Lighthouse Ranch on Wednesday, August 16, 2017

Hennie Möller took some photos at Funerey Plantation between Elliot and Ugie.

Kimberly and Scott Mitchell from Wartrail EC ask that you keep all your animals nice and cosy while the snow is falling! :)

#snowkzn this is going to be my best drive yet!! pic.twitter.com/03PNvdcmyT

And then it happened...blessed with more snow! Many of the mountains in the Graaff-Reinet district are covered with snow and some of the mountain passes are closed #karoo #graaffreinet #snow

Snowing now at Highland Safaris - Graaff Reinet. Thanks for the video Rosanne Larson