A quarter of major rivers are ‘critically endangered’ 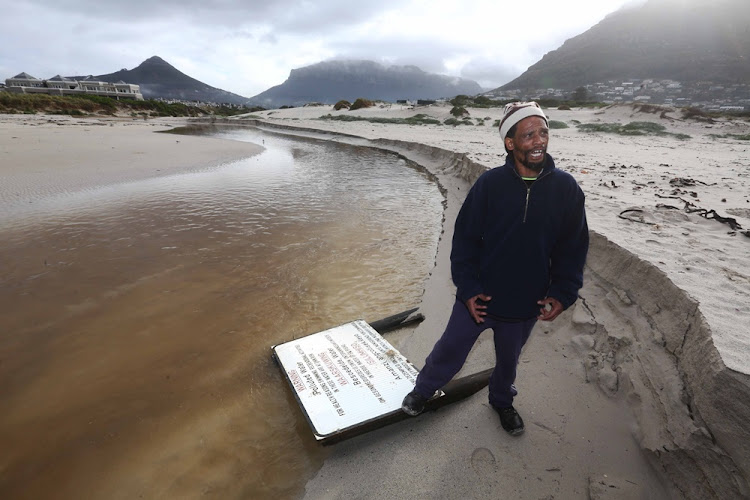 When a Cape clawless otter is found with missing back toes in the Hout Bay River in Cape Town, it's a sign the survival of the river is at stake.

Professor Justin O'Riain is director of the University of Cape Town Institute for Communities and Wildlife and a Hout Bay resident who walks along the river daily. He discovered a dead otter with a high level of plastic contamination and a second with necrotic feet.

The strangling of the river by pollution and water extraction is typical of the assaults on major rivers across South Africa, more than half of which are in bad condition, according to the authoritative Atlas of Freshwater Ecosystem Priority Areas in South Africa.

From a torrent to trickle: Guzzlers' water supply throttled

Two of Cape Town’s biggest water wasters became the first to have their supply restricted on Wednesday.
News
4 years ago

The river crisis, aggravated by the drought, is putting water supply at risk. Rivers feed dams and 29 of 100 major dams have a "red" health risk from either high nutrient levels or algae-like organisms called blue-greens, some of which produce toxins dangerous to humans.

Dr Mark Matthews, founder of CyanoLakes which monitors them, said: "Dams are a good indicator of river health and many systems have been affected by nutrient pollution. This indicates effluent and other contaminants which lead to waterborne diseases."

Taking out too much water from rivers and the drought aggravate pollution as there is insufficient rain for the natural dilution needed, said Sputnik Ratau, spokesman for the Department of Water and Sanitation.

He said rivers were a serious concern in the Western and Eastern Cape, where the drought has not yet broken. Other provinces face major challenges from mining pollution, acid mine drainage and industrial pollution.

Dr Liz Day of Freshwater Consulting said: "Our rivers have a double whammy: they are losing flow to extraction and they are getting too much nutrient-rich water from sewage." 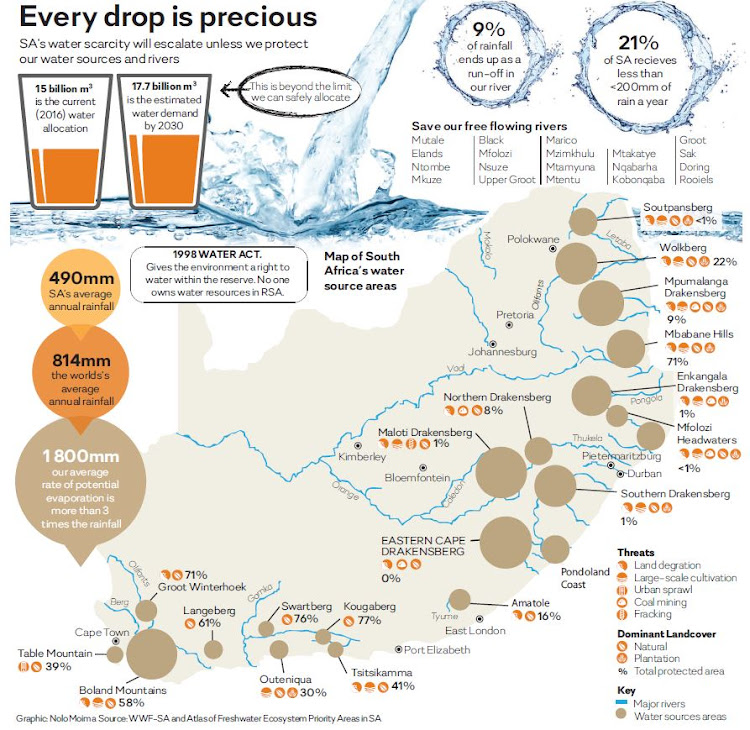 O'Riain said the biggest threats to the Hout Bay River were wealthy residents taking too much water out and poor residents lacking adequate infrastructure for sewage and wastewater, which flow into drains.

The lagoon at the beach, where children swim, had E coli levels above a million cells per 100m. The safe limit for this bacterium from faeces is less than a thousand, he said.

More than 250‚000 residents in the Eastern Cape town of Butterworth face the possibility of their taps running dry this week.
News
4 years ago

Somerset East councillor Ken Brown said untreated sewage was flowing into the Little Fish and Great Fish rivers, among many rivers in the Eastern Cape with this problem.

Colvin said WWF-SA wanted South Africa to protect its water source areas. Eight percent of land contributes 50% of the water in rivers yet less than a fifth of these water sources are protected. There should be no coal mining in water source areas, urged the WWF.

Said water expert Professor Jenny Day, based at the UWC's Institute of Water Studies : "We are losing species and getting increasing numbers of nuisance species coming into rivers." This harmed biodiversity, people's health and riverine property values, she said.

The life and death of a river

Isaac Crowster, 41, was born in Hout Bay where his grandparents worked on the original farm, and has seen its river go from pristine to a “disastrous state”.

“I saw the last freshwater crayfish when I was about eight,” he says. "Now the river is dead. There is almost nothing there and I have noticed a decline in fish-eating birds.”

Fellow Hout Bay resident Penny Brown says: “The river now is the worst I’ve ever seen it. It is a tragedy.”

UCT biologist Justin O’Riain says there are no fish left now. “For the first time I’ve found sewage worms in the river. This little red worm is the only thing that can survive when the oxygen is so low.”

Despite this, Crowster, Brown and O’Riain are active in a “friends of the river” group working to clear up the waterway.