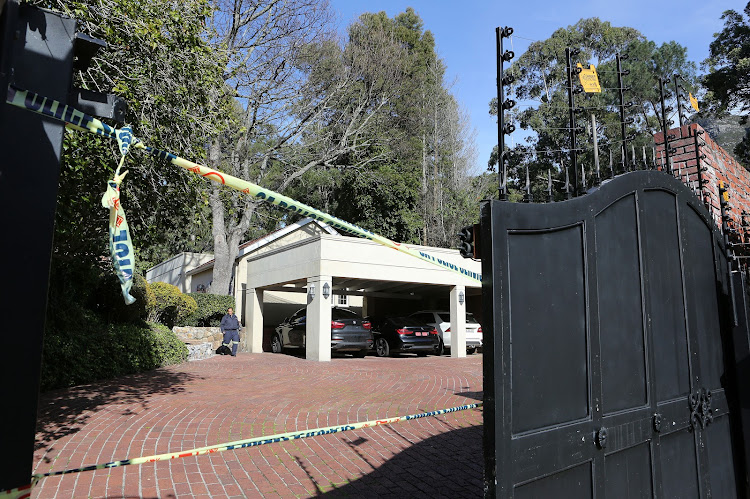 Sources suggest that Wainstein was killed in his bed next to his wife and child and that only three cellphones were stolen.
Image: Ruvan Boshoff

A neighbour in the upmarket Cape Town suburb said she heard what sounded like three gunshots after hearing noises "like doors banging" after midnight.

Wainstein was fighting extradition to the USA where he is suspected of dealing in millions of rands worth of steroids.

South African police spokesperson Lieutenant Colonel Andrè Traut said: "This office can confirm that the circumstances surrounding a murder of a 45-year-old man are being investigated after he was shot and killed in his residence in Hohenhort Road‚ Constantia‚ at around 00:55 this morning by two suspects who fled the scene."

Sources suggest that he was killed in his bed next to his wife and child and that only three cellphones were stolen.

Last year Cape Town police nabbed Wainstein for alleged possession of uncut diamonds as he cruised around town in a luxury car.

Missing number plates on Wainstein’s black BMW 750 attracted the attention of the police in November. The same car was parked in his yard on Friday next to another luxury BMW. Neither have number plates.

He was supposed to appear in court at the time but he was released on "police bail" the night before his appearance.

An Irish news website reported in 2007 that Wainstein was handed a two-year prison sentence‚ which was reduced to four months‚ after he pleaded guilty to charges of unlawful possession‚ sale‚ and distribution of drugs.

An alleged high-profile supplier of steroids intends fighting a request by US authorities to extradite him in a Cape Town court, according to a ...
News
8 years ago

A WANTED man who allegedly supplied aspirant sports stars around the world with millions of rands' worth of illegal steroids for a decade has been ...
Lifestyle
8 years ago