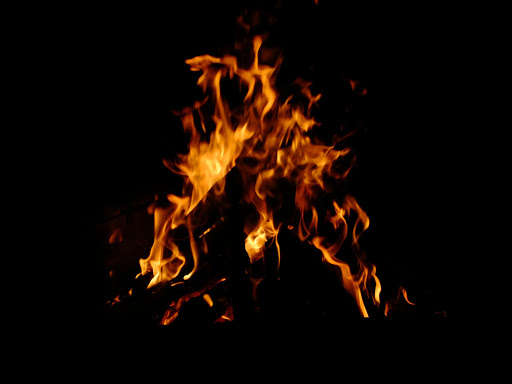 A fire that left 60 people homeless in Hout Bay in Cape Town is believed to have been caused by a "domestic scuffle"‚ said JP Smith‚ Cape Town mayoral committee member for safety and security.

The fire started just before 3pm on Sunday and spread quickly‚ gutting 20 shacks.

This is in contrast to a disaster on March 11‚ when 5‚000 structures burnt down amid densely packed shacks.

"Superblocking would certainly prevent fires like the one that we saw on 11 March‚" said Quintas‚ adding that the burnt area may be only one block of homes.

"If the area wasn't superblocked we certainly would have battled to get fire trucks in there‚ because they sent four fire trucks and three tankers right into the scene‚ and they were able to contain the blaze to just 20 structures‚" he said.

"This is very unfortunate for the people who lived in them but when you compare that to 11 March or to what generally happens in an informal settlement‚ where you would be looking at hundreds of structures‚ this was a very quick blaze."

He said that the people would be allowed to salvage what they can from the ashes and the City would provide "starter packs" so that families can rebuild after the ash has been cleared.

The first tender was issued on Wednesday for a scheme to augment Cape Town’s water supply.
Politics
4 years ago

Homeless but not hopeless: What a mother will do

While hundreds of angry Hout Bay residents marched on the offices of Cape Town mayor Patricia de Lille on Tuesday‚ she was in Hout Bay switching on ...
Politics
4 years ago

Residents from Imizamo Yethu in Hout Bay planned to march in Cape Town on Tuesday to demand basic services and an end to “superblocking” in the ...
Politics
4 years ago