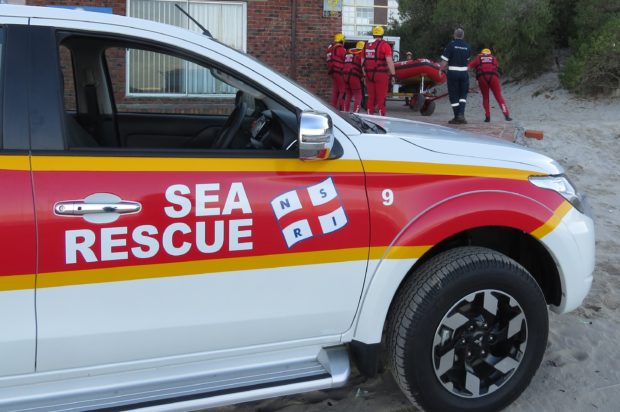 “The body was discovered 1.2 kilometres to the West of Cape Recife Lighthouse and approximately two kilometres from where he was last seen.”
Image: NSRI

The body of a scuba diver who disappeared in the ocean off Nelson Mandela Bay was found on Sunday - two kilometres from where he had been diving.

David Fraser‚ 72‚ was found in shallow water by a member of the public 11 days after he went missing‚ said NSRI station commander Ian Gray.

“A member of the public was walking along the beach when he spotted the remains of David. He phoned the NSRI. When we arrived we found the remains in a shallow rocky area‚” said Gray.

“The body was discovered 1.2 kilometres to the West of Cape Recife Lighthouse and approximately two kilometres from where he was last seen.”

Gray said Fraser’s family had extended their gratitude to everyone who helped to search for him.

“The family was grateful that his body had been found. They are very sad over the situation but having closure makes it easier for them‚” he said. Fraser – who had two decades of diving experience - went missing on August 9 while on an excursion with seven other divers‚ who are members of the Wildside Dive Club.

“He was last seen on the surface of the water near the dive boat. What happened next nobody is quite sure‚” said Gray.

Kevin Stead‚ friend and fellow diver‚ said earlier that Fraser had an immense love for scuba diving and would be missed.

“We used to dive together regularly. He was fit for his age. Nobody knows quite how it happened or what happened. He was with a group of people when he just disappeared from the surface.”