Women still under-represented in positions of authority and power 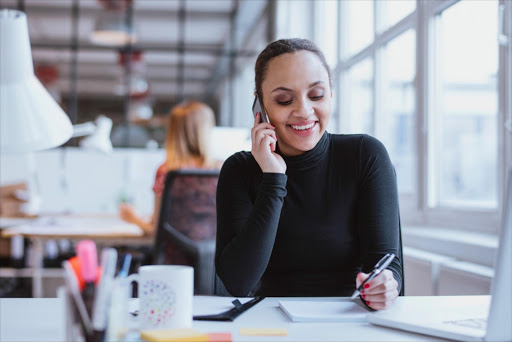 As the country commemorates women’s month amid the possibility of its next president being female‚ are the doors of authority and power really open for women?

Statistics South Africa notes that only 44% of professional posts are held by women.

However‚ although making up more than half of the population‚ they remain relatively under-represented in positions of authority and power‚ Stats SA said in an analysis on Monday.

The advancement of females in positions of power is slow given that since 2002 until now only 44% of higher posts are held by females‚ Stats SA notes.

“This is recognised by South Africa’s Constitution‚ which sets out gender equality as a founding principle. The Women Empowerment and Gender Equality Bill in particular calls for 50% representivity in decision-making positions” the analysis reads.

“If we consider the entire workforce‚ 44 in every 100 employed individuals are women‚ according to labour data released for the second quarter of 2017. Women fill 44% of skilled posts‚ which includes managers‚ professionals and technicians. This figure hasn’t shifted much over the years; it was 44% in September 2002. Even though South Africa has made great strides‚ gender representation is still below the 50% mark for positions that come with a great deal of influence. Women comprised 32% of Supreme Court of Appeal judges‚ 31% of advocates‚ 30% of ambassadors and 24% of heads of state-owned enterprises according to date from 2014. What is even more surprising is that of the Top 40 JSE listed companies‚ only one company had a female CEO‚” the analysis reads.

Javu Baloyi ‚ spokesperson for the Commission for Gender Equality said that this once again shows that policy implementation such as female empowerment is slow because there are no punitive measures for those who transgress it.

“The industries‚ particularly the private sector‚ are still male dominated. When you look at who the captains of industries are‚ it is males and particularly white males. We need to bring them to account: why is it that they fail to empower females?” said Baloyi.

“For them it is about the bottom line.”

He said that government needs to do more to hold those who do not meet the correct quotas accountable.

“Punishment is very lax… There should be real ramifications if you do not adhere to the quotas” Baloyi said.

In spite of this‚ South Africa has made some significant strides in female empowerment over the years – as a country it is ranked 10th in terms of the number of females in parliament‚ with four out of every 10 MPs being women.

In 2016‚ 39% of the country’s mayors were women. But this is a decrease on 2011 when 42% of mayors were female. Municipalities in Limpopo led the charge in gender equality‚ followed by North West and the Eastern Cape.