Christopher Panayiotou implicated in another crime 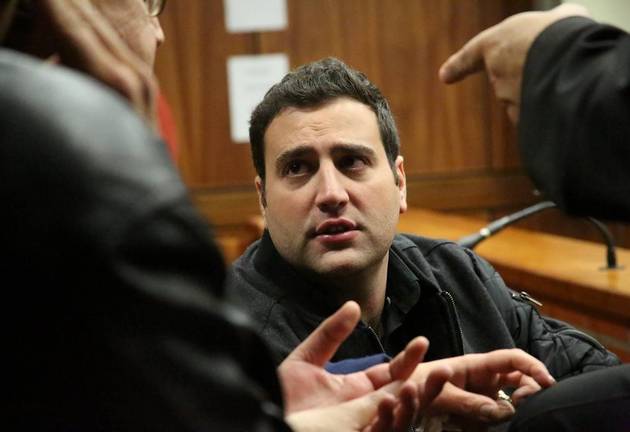 The surprise turn of events emerged in the Port Elizabeth High Court in the trial of two German nationals accused of murdering German businessman Claus Schroeder.

Panayiotou‚ who is accused of hiring hitmen to kill Jayde in April 2015‚ was named in connection with the photocopying of fraudulent documents for Jens Leunberg.

The “snitch”‚ convicted fraudster Mark Nielson‚ 50‚ told the court how Panayiotou‚ 30‚ allegedly helped Leunberg as he set out to forge the signature of the man he is accused of killing.

Leunberg‚ 37‚ and his then common law wife‚ Kristina Adler‚ 39‚ are accused of murdering Schroeder in August 2009.

It is alleged that when Schroeder discovered the couple had tried to defraud him through the sale of his Thornhill farm‚ they killed him and disposed of his body in such a way that it was never found.

The money Port Elizabeth murder accused Christopher Panayiotou allegedly paid to take out a hit on his wife has been finally forfeited to the state.
News
4 years ago

An application to have two of the men accused of conspiring to kill Jayde Panayiotou acquitted at the close of the state’s case was dismissed by ...
News
4 years ago

A lawyer for two of the men accused of conspiring to kill Jayde Panayiotou believes there is not enough evidence before court to convict his clients ...
News
4 years ago